Networks will be running a "Linking To Future" hour-long special, featuring the last episode and a cast talk with Seiichiro Yamashita as MC 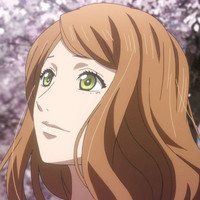 On September 25th, the 13th and final "Letter" of Orange will be broadcast, and sending Naho, Kakeru and company on their way will be voice cast Kana Hanazawa, Seiichirō Yamashita, Makoto Furukawa, Rika Kinugawa, Kazuyuki Okitsu and Natsumi Takamori.

Tokyo MX, TV Aichi, Asahi Broadcasting, BS 11 and AT-X will be running a "Linking To Future" hour-long special, featuring the last episode and a cast talk with Seiichiro Yamashita as MC.

During the spring of her second year of high school, Naho receives a letter. Its sender is herself from ten years in the future. Naho thinks it's a prank at first, but when the things written in the letter start to come true one by one, she realizes that the letter is telling her events that will happen in her future. It tells her that she'll fall in love with Kakeru, a new student who transfers to her school, and that he'll die in the winter of his 17th year. After learning the regrets and wishes of the 26-year-old Naho following Kakeru's death, what can the 16-year-old Naho do differently?