Yoshiki to Perform in New York with the Tokyo Philharmonic Orchestra 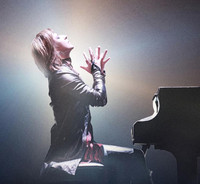 Yoshiki's rock band X Japan is preparing to make its English documentary debut in October's We Are X, and after that Yoshiki has a truly classical performance up his sleeve. He'll be coming to New York City with the Tokyo Philharmonic Orchestra on January 12 and 13, 2017, with the performances to take place at Carnegie Hall's Stern Auditorium / Perelman Stage.

Those who attend the Carnegie Hall concert can look forward to Yoshiki performing his original compositions and some traditional classical pieces along with the world-renowned Tokyo Philharmonic. Yoshiki's New York concert will come hot on the heels of the YOSHIKI CLASSICAL SPECIAL WORLD TOUR Japan, which features December dates in OSAKA Castle Hall and Tokyo International Forum, as well as a December 29 Hong Kong performance at the Hong Kong Asia World Expo. 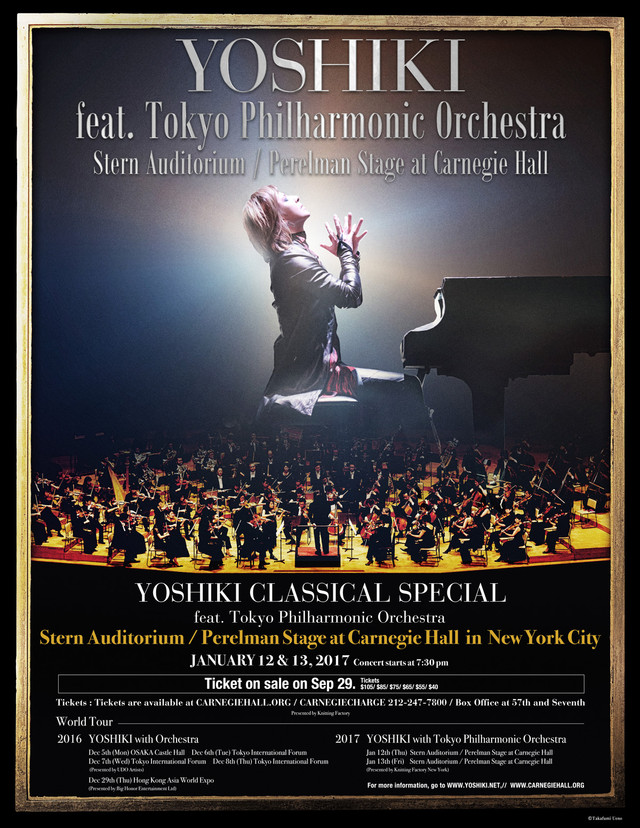 Here's what Yoshiki had to say about it:

“I began taking piano lessons and music theory at age four, and became interested in classical works by Beethoven and Schubert,” explains Yoshiki. “In elementary school, I played the trumpet in the brass band, and around age ten started composing songs for piano. I’ve been writing classical music ever since. Needless to say, classical music has been a major influence in my musical career, including X Japan. I was fortunate enough to play Madison Square Garden 2 years ago with my band X Japan. Now I’m playing Carnegie Hall as a pianist with Tokyo Philharmonic Orchestra, which was another dream of mine. Words can’t describe how honored I am to be performing at such a prestigious venue with an amazing orchestra.”