When they dug into the top picks, there was some interesting thinking behind the selections, as it evolved into something of a referendum of what works in comedy 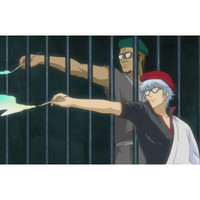 Generally fans and critics prefer the original to the adaptation. The book is better than the movie. The manga is between than the anime. The anime is better than the movie. However, sometimes, at least arguably, that isn't the case.  Japanese ranking site Goo has done one of their polls (they do a "Research Plus" survey of 500 readers - 250 male and 250 female between ages 20 and 30), asking fans to name a series where the anime adaptation improved on the original manga.

When they dug into the top picks, there was some interesting thinking behind the selections, as it evolved into something of a referendum of what works in comedy. Some suggested that jokes work better in animation, where there is more of a directed experience in the timing of the gags than in manga, arguing the adapted medium is better able to structure a punchline and play up a reaction.

Other responses built up a case that comedies were better when they were naughty, but not crude. They wanted to see shows offend institutions like the PTA and rights holders for the subject of parodies. However, they also suggest that comedies might be better if some of the nastiness is mediated. Some felt that Lupin III's gags and adventures were more appealing without the adult edges that Monkey Punch worked into the manga. Similarly, it might be surprising to learn that Crayon Shinchan ran in mature audience magazine Manga Action, and the suggestion here was that it was served by broadening the targets of its humor along with its audience in its adaptation into anime.

Obviously these are highly debatable points, but enough voters felt that way to place Shinchan, Gintama, and Lupin III at the top. The full list included...

41. (tie) Engaged to the Unidentified

38. Akagi: The Genius Who Descended into Darkness