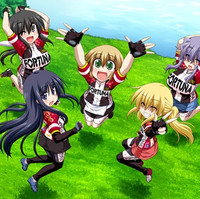 Daisuki, a streaming service associated with Anime Consortium Japan, has announced a slate of Fall 2016 simulcast titles as well as additional catalog titles for their premium members. 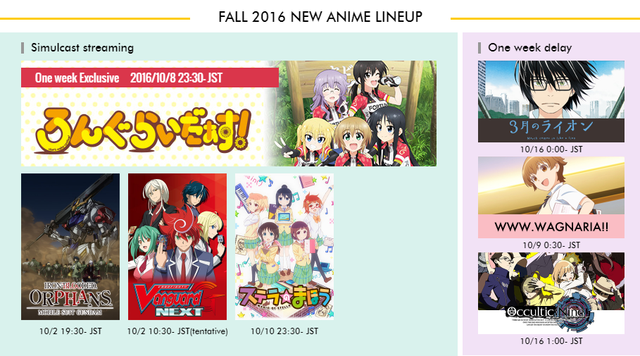 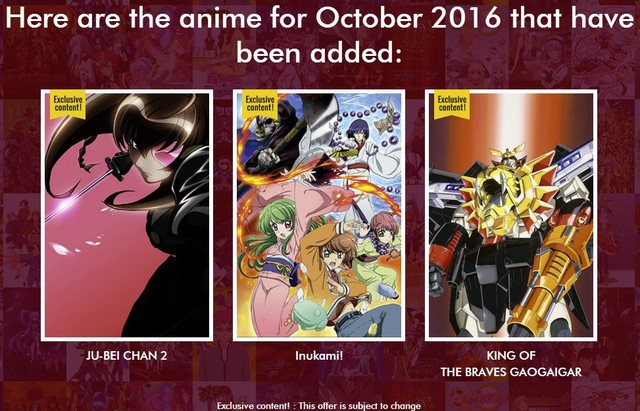 Additionally, Daisuke has added more titles to their catalog, including JU-BEI CHAN 2, Inukami!, and KING OF THE BRAVES GAOGAIGAR. Like earlier Daisuke catalog additions such as TURN A GUNDAM and BOTTLE FAIRY, these titles are available exclusively to paid subscribers with premium memberships.