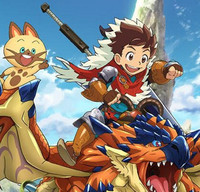 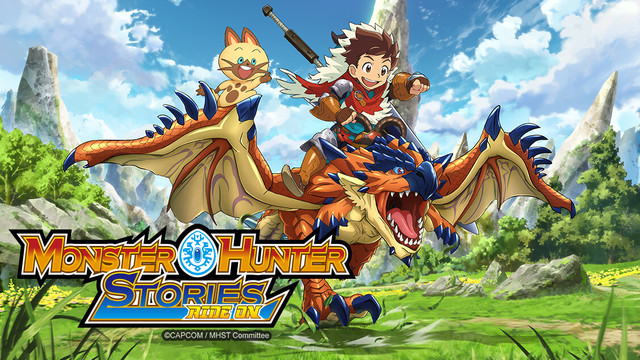 Based on Capcom’s hit franchise, Monster Hunter, an exciting new anime comes from the creative minds behind Jojo’s Bizarre Adventure. In a world where people and monsters are at odds, some learn to coexist. Known as Riders, they awaken the powers of monsters and live alongside them in secrecy. Now, one young boy journeys to find his own companion and become the world’s greatest Rider.

Mitsuru Hongo (World Trigger) directs Monster Hunter Stories: Ride On at anime studio David Production (JoJo's Bizarre Adventure). Here's some info on the cast from one of our previous posts:

Some of the cast members and their characters include (from left to right): 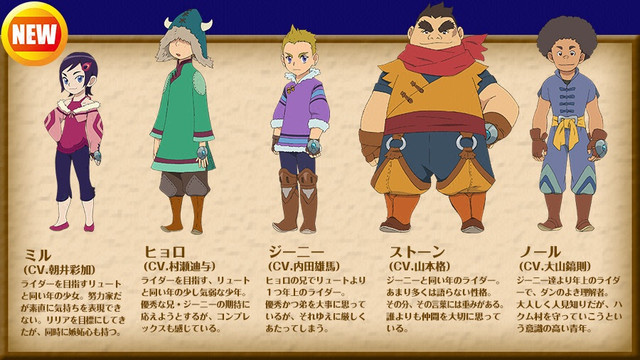 Together these five make up the Hakumu Village Crew. 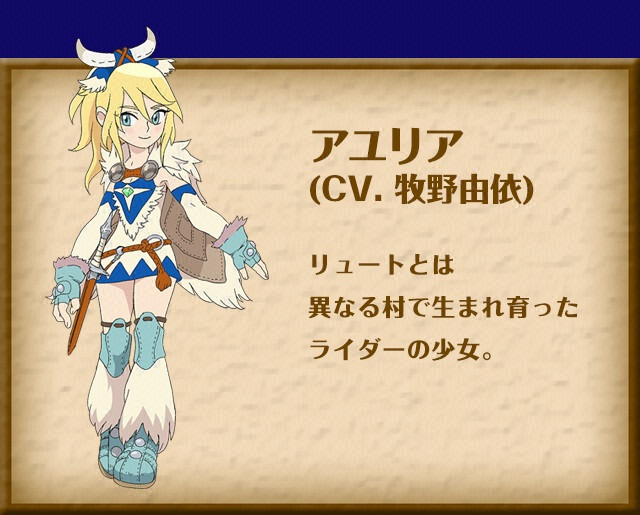 Yui Makino as Ayuria, a lady rider who was born and raised in a different village from Ryuto. 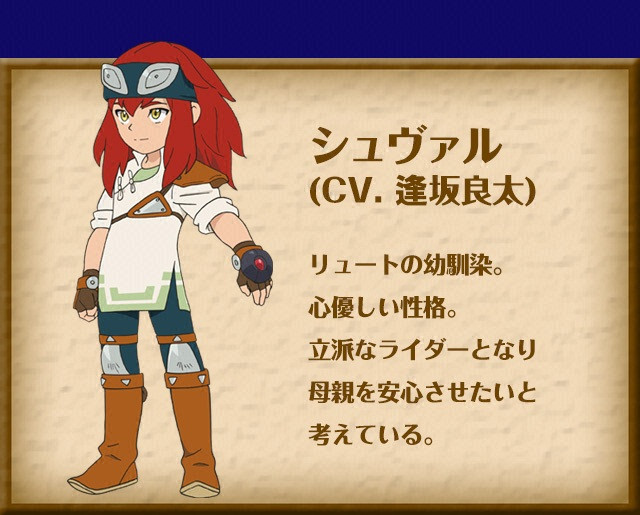 Ryōta Ōsaka as Schuval, one of Ryuto's childhood friends. Schuval has a kind-hearted personality, and he wants to make his mother proud by becoming a skilled rider. 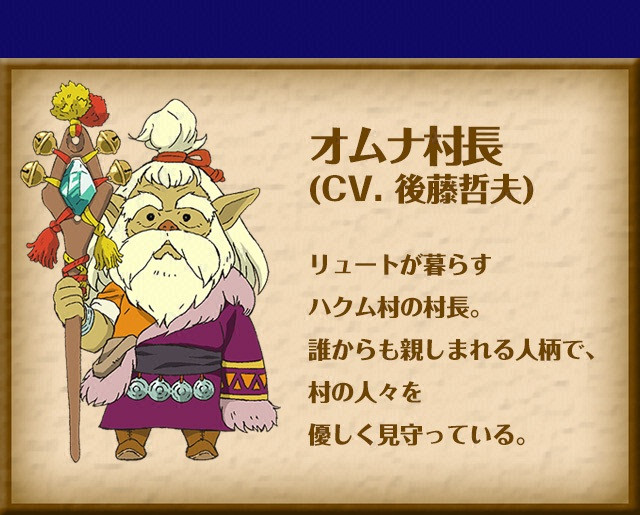 Tetsuo Gotō as Village Headman Omuna, the chief of Hakumu Village, where Ryuto lives. Omuna watches over everyone in the village, and much beloved by the people.