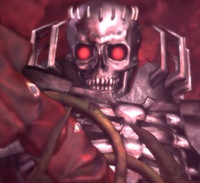 Koei Tecmo is back with the third full promo for Berserk and the Band of the Hawk, and it's as bloody as it oughta be. Beyond a bunch of action scenes, you can see a preview of the story, some of the playable characters, modes, and character enhancing below.

After an October 27 Japanese launch on PS3, PS4, and PS Vita, Berserk and the Band of the Hawk heads to PS4, PS Vita, and PC in North America on February 21, 2017, followed by Europe on February 24.

ICO Celebrates 20 Years with Video Looking At Its Early Development