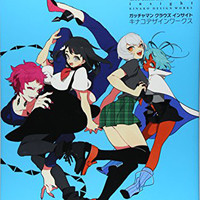 On November 22nd, Section23 will be distributing Sentai Filmworks' release of Gatchaman Crowds Insight on DVD and Blu-ray. Preparing for the release, they announced the English dub cast for the second season of the revival of the classic Tatsunoko science ninja team.

You can’t keep a good Gatchaman down, especially when a new organization called VAPE (short for Violent Ape) starts hijacking CROWDS technology. The ensuing wave of “Red CROWDS” incidents targeting high profile targets like the Prime Minister make it clear that the good team needs to start recruiting; fast. Fortunately, help arrives quickly, and with a rather… loud entrance. The alien Gelsadra’s ship crashes in a rice paddy in Nijima! Besides being generally peaceful, Gelsadra has a unique power involving comic-book-like speech bubbles that display a person’s inner feelings, rather like an emoji. There’s also the fireworks enthusiast, Tsubasa, whose life becomes the focus of millions of viewers when she’s chosen as the newest Gatchaman - on nationwide live television! As if that wasn’t enough pressure for a teenage girl to handle, she’s also assigned Hajime as her mentor! Will she survive? Will the world survive? Things are about to get really wild and crazy in GATCHAMAN CROWDS INSIGHT! 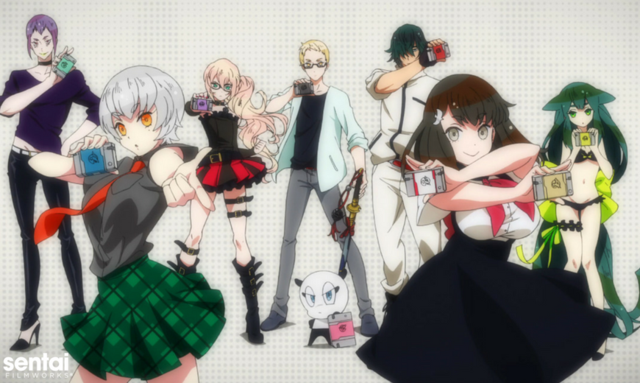 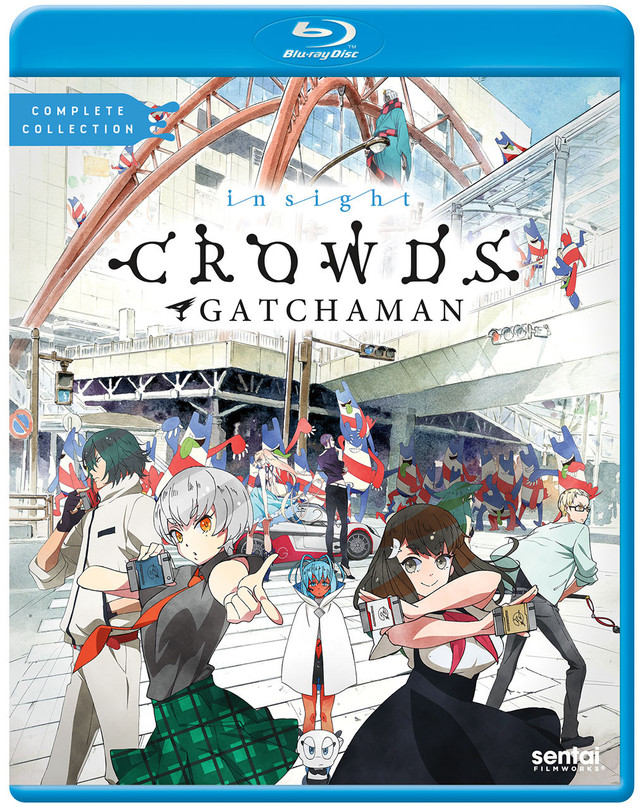 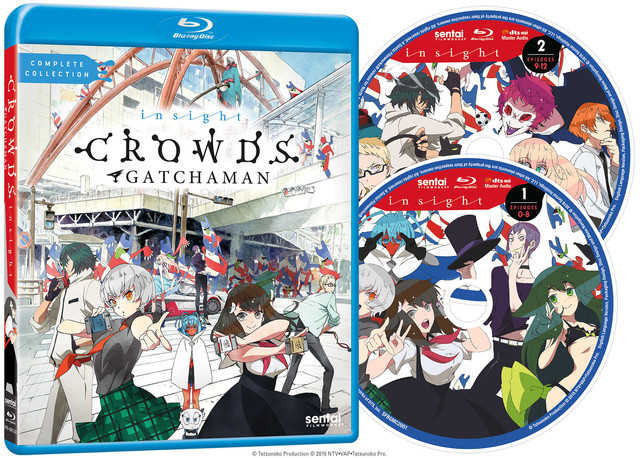 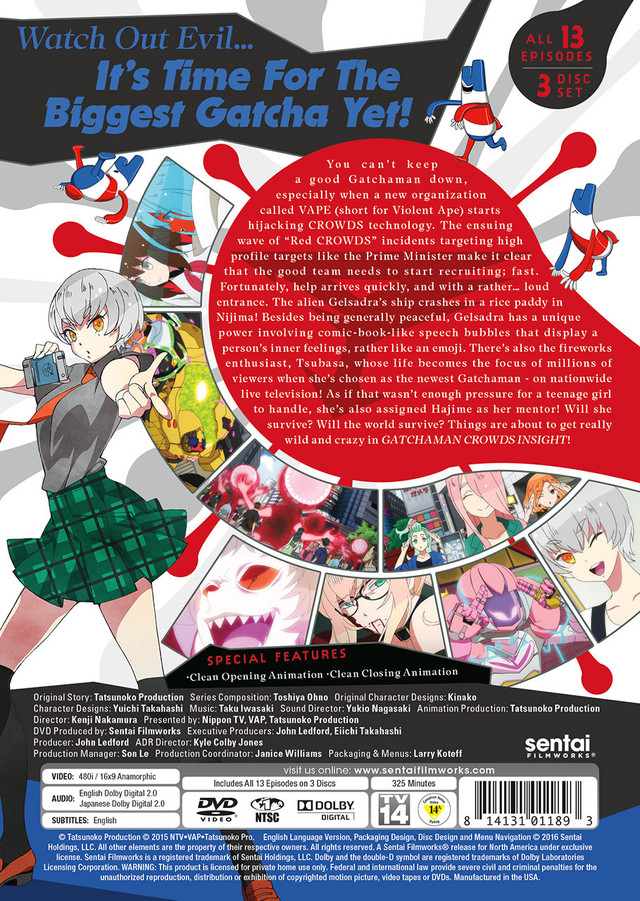