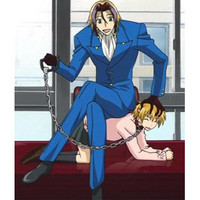 Neuro Nogami is a demon that feeds on criminal mysteries in the human world. In order to protect his identity, he forms a partnership with Yako, an incisive 16-year-old high school girl. This crime-solving duo devours one mystery after another.