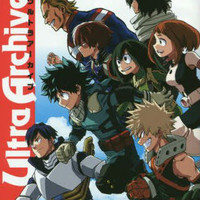 This season, the first run of My Hero Academia anime is being rebroadcast on BS11. Also, this weekend, there was a season 1 screening and cast talk that offered fans a look at storyboards from the upcoming season 2's sports festival adaptation. In between, this year's "Jump Special Anime Festa" expo of Shonen Jump series will be held in Tokyo (November 27) and four cities (five locations/December 4), and among its new anime shorts being presented is an original story, set between the first and second season of the TV anime and written by author Kouhei Horikoshi.

Next week's Jump is offering a promo for the special, along with a look at Horikoshi's action figure collection. 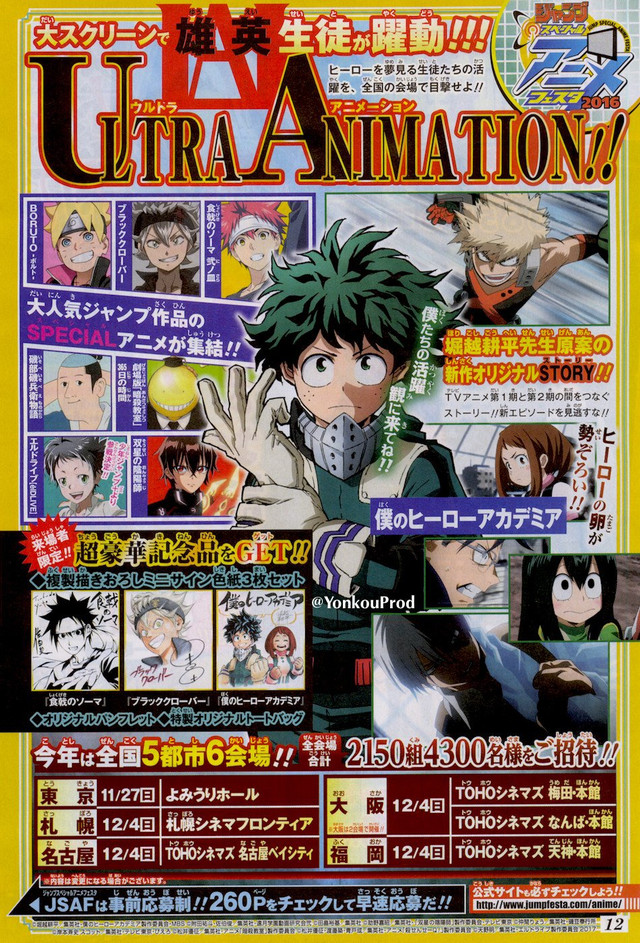 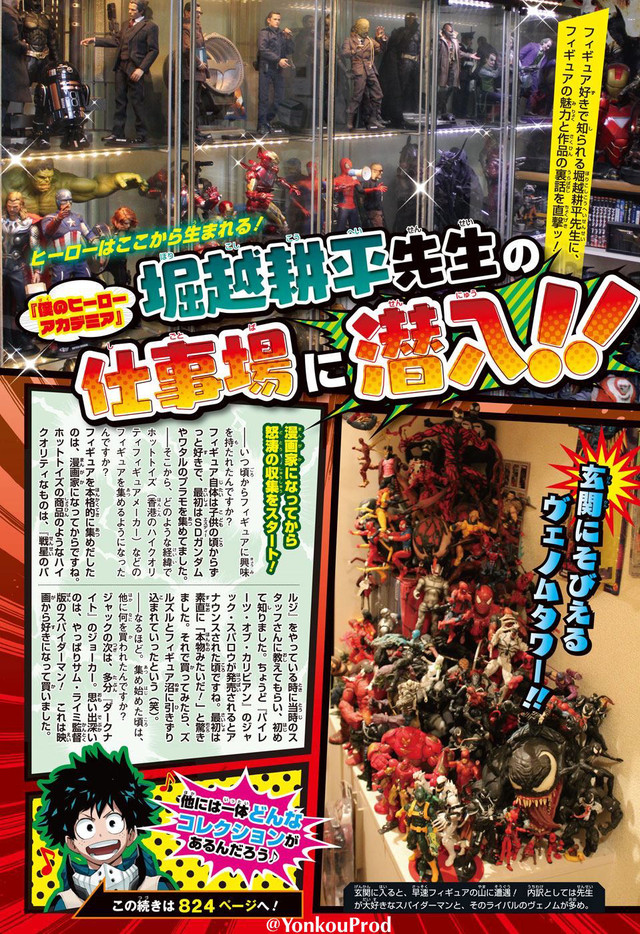 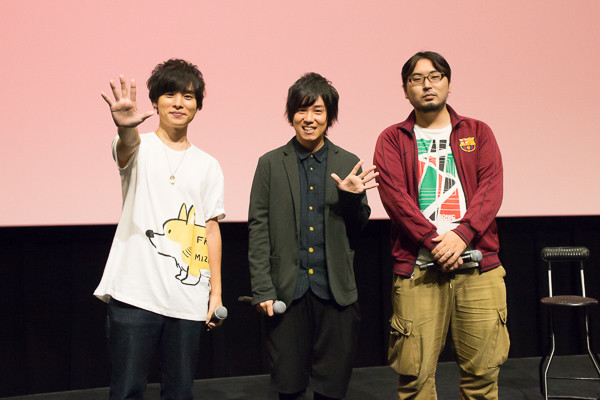 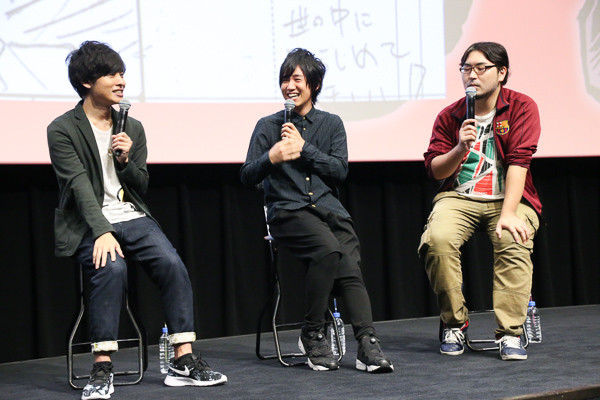 Tags
my hero academia
« Previous Post
"One Piece" Hotties Strip Down In "Body" Calendars and "The Naked" Figures
Next Post »
Shinkai's "your name." Wins Best Animated Film Award at Sitges 2016
Other Top News
8 Comments
Sort by: