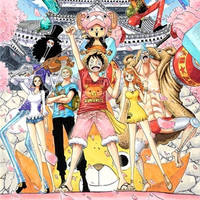 The Kumamoto earthquake (Mj7.3) hit wide parts of the Kyushu area in Japan in April of this year, has killed 120 people and damaged many of the region's iconic landmarks, including Kumamoto Castle built in the late 15th century in Kumamoto-city. 41-year-old manga artist Eiichiro Oda, who was born in Kumamoto-city in 1975, has supported the "One Piece Kumamoto Recovery Project" featuring his internationally popular manga series. 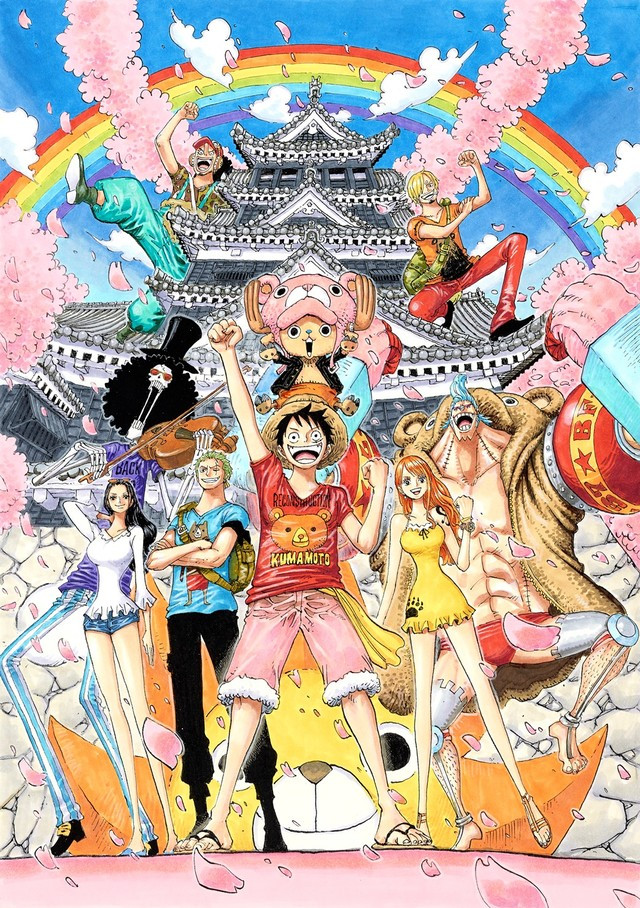 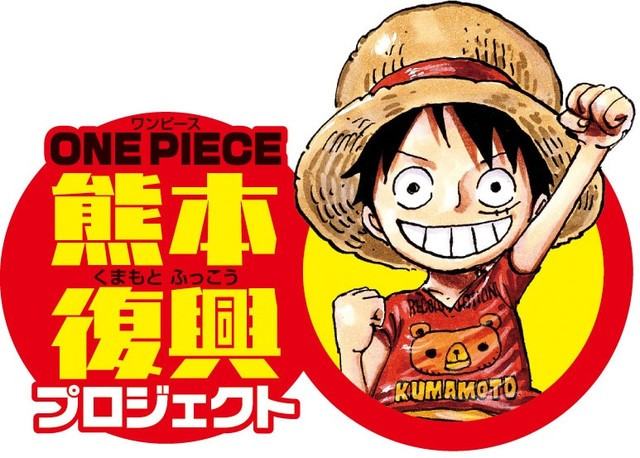 "One Piece" and Kumamon collaboration visual 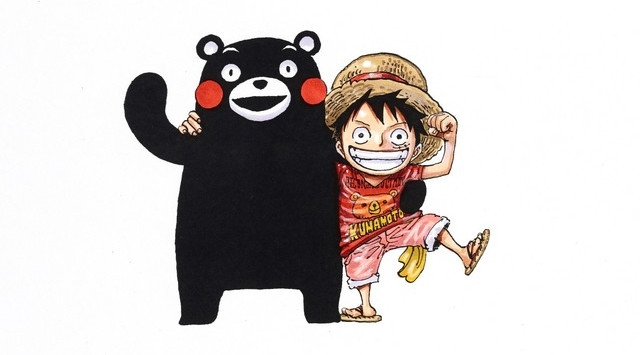 Soon after the earthquake hit Kumamoto, One Piece.com posted an illustration message from Oda.

A huge earthquake has struck Kumamoto (and all Kyushu area).

I was born in Kumamoto, it's my hometown.

I would like to offer my deep and sincere sympathy to the people who have suffered direct damage.

I have been luckily able to make contact directly with my family and friends. They are still afraid,

but are also trying to keep hanging on. Everyone even says things that make me feel relieved.

How strong they are!

But people cannot brace themselves forever. I hope the situation will be settled before their strength

is entirely spent. Adults are doing their best not to make children worried. I want children to smile the

most!! Because that's the best encouragement for adults!!

Currently it is a little difficult to provide supports from private sectors, but I promise that I will

definitely help the reconstruction. So please hang in there!