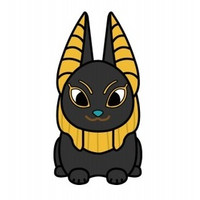 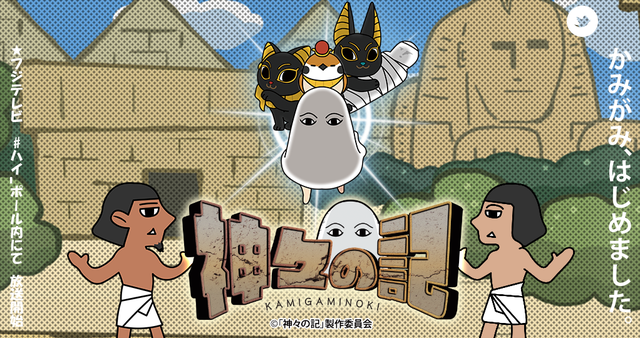 Set during 3000 BCE in the Nile region of Egypt, Kamigami no Ki ("Chronicles of the Gods") will depict the comical misadventures of Bastet, Anubis, Ra, and the mysterious ghost Mejedo as well as their caretakers, Iabi and Ahkeu. 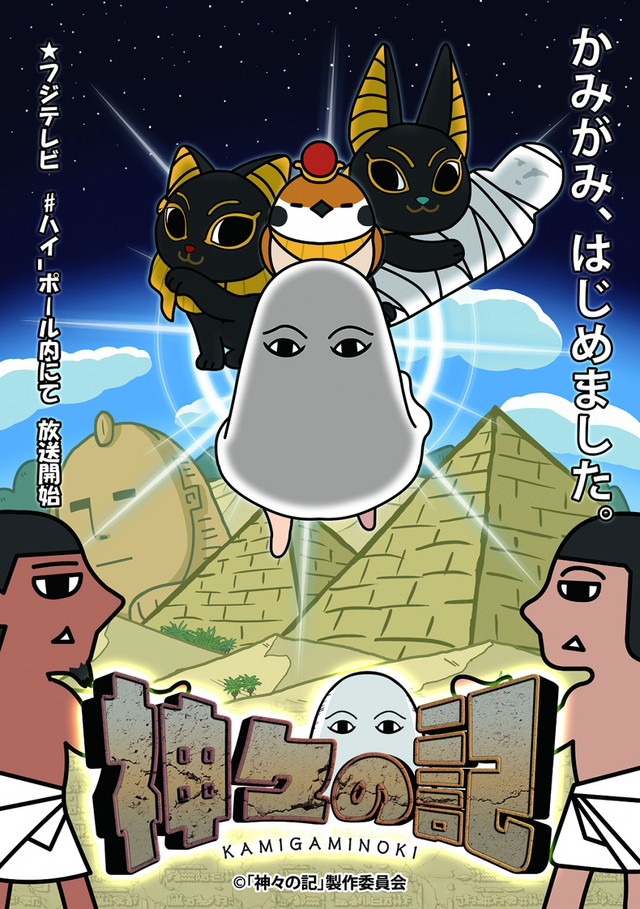 The staff for Kamigami no Ki includes: