It looks like the latest Gintama announcement might be a bit anticlimactic after plans to end manga, adapt for live-action and continue anime 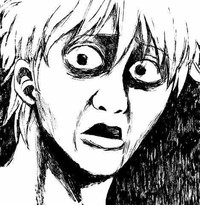 Gintama is receiving an UDX exhibition event at Akihabara in December. pic.twitter.com/TFJDoGe4nC

For those Gintama fans breathing a sigh of relief about the exhibition news. What if it's also happening in December to tie to an end date.

The isssue's announcement for Isobe Isobee Monogatari: Ukiyo wa Tsurai yo, a very-Japanese comedy series that follows the non-adventures of a slacker samurai, told in wood block style, concerns a collaboration with Yasutaka Nakamura.