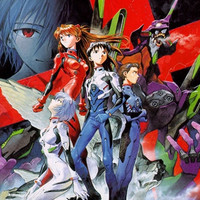 Ever since 1946, NHK Nodo Jiman has traveled around Japan's various prefectures, featuring local singers in a weekly music competition. In recent years, Nodo Jiman the World! was started, bringing singers from around the globe to perform Japanese music. 2016's contestants hail from Italy, Spain, Sweden, Argentina, and more localities around the globe, with two acts from the United States.

One of the two acts, New York's Glory Gospel Singers, already tours worldwide year-round... and on this stop, they decided to let their fan flag fly by performing the theme from Evangelion.

The GGS didn't win the competition -- Argentina and the Phillipines took home the big prizes, with Oregon's Nicholas Edwards taking home the SONG FOR JAPAN Special Award. However, they definitely wowed the crowd and the judges.