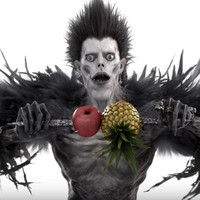 The highly anticipated sequel to the two live-action films in 2006 was released on 341 screens across Japan on October 29, then earned 458,645,800 yen on 342,309 admissions in its first weekend. It became the top-grossing the film of the weekend, beating the nine-time weekend box office winner in Japan, Makoto Shinkai's record-breaking anime film Kimi no Na wa./your name.