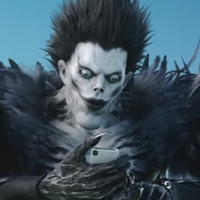 It seems that, at least for now, L's successor and Ryuk can put aside that whole nasty mass murder business to bond over a smartphone game.

LINE Bubble 2 is the second season of LINE's popular bubble-popping game, which launched at the end of September. The newest commercial for the update features Ryuzaki (Sosuke Ikematsu) and Ryuk (Shido Nakamura) of Death Note: Light Up the World having a little sit-down for a shared round of the game. Naturally, Ryuzaki is aces at it. 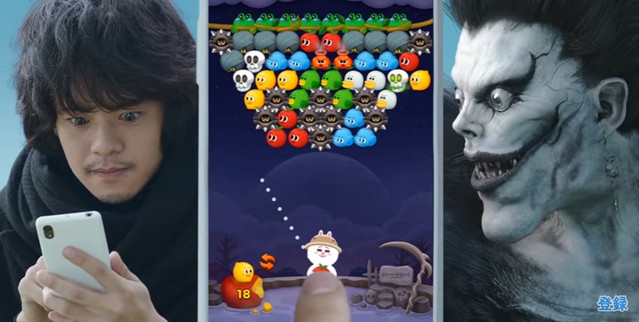 Death Note: Light Up the World is currently in theaters in Japan. LINE Bubble 2 is available for most smart devices from the app store.