Studio Ghibli Characters Come to our World in Fan-Made Video

Chihiro, Ponyo, and many more make their way into real-life locations. 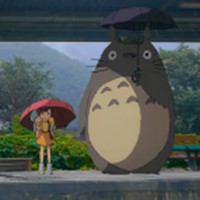 It's not unusual for fantasy characters to wander into the real world -- and vice-versa -- in Studio Ghibli films. Now, Korean filmmaker Kojer has taken it an extra step.

Titled "Studio Ghibli in Real Life," Kojer's fan film drops characters from Spirited Away, Porco Rosso, Kiki's Delivery Service, and more into real-world rivers, fields, trains, and roadways. The video editing is exceptionally well done, showing the characters interacting closely with their environment... and, on occasion, with characters from other Studio Ghibli films.

Kojer's film is currently available to view on Vimeo (it was taken off YouTube for copyright reasons).