Property picked up with deal between Universal and DreamWorks Animation 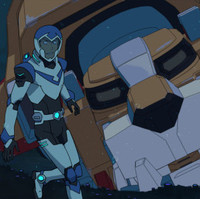 Deadline has reported that part of the fall-out from Universal Pictures' deal with DreamWorks Animation is that the studio has inherited a live-action version of combining mecha property Voltron that was being developed by DWA when it was being run by Jeffrey Katzenberg. David Hayter, who wrote X-Men and Watchmen movies, same individual known for his Metal Gear voice work, is attached to script the project. Tom Engelman is producing.

Deadline says the studio would not comment on where it all is going to go, but they will get a script draft and make decisions based on it. They also note the revived interest in the property following the Netflix adaptation produced by DWA.