Saber and Caster return in the upcoming follow-up to "Fate/Extra." 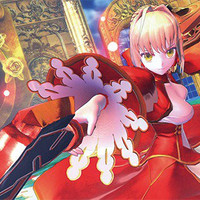 The Holy Grail War may be over, but there's more danger on the horizon for Nero, Tamamo no Mae, and Attila in Fate/EXTELLA: The Umbral Star. The upcoming single-player action game focuses on the three servants, as well as featuring side stories for the others.

Fate/EXTELLA: The Umbral Star goes on sale in Japan this Thursday, with a North American release planned for Q1 2017.

Each Fate/EXTELLA Anniversary Box Will Include a Tiny Servant Tamagotchi