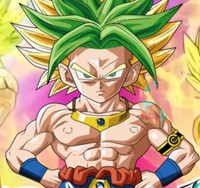 We get delay news all the time, so it's refreshing to report on the opposite every once in a while. Back in September Bandai Namco announced Dragon Ball Fusions for December 13, but that date is being moved up in North America. The fusion-frenzy action-RPG is now coming to the region on November 22.

Europe is still on track for a February 2017 launch.

Welcome Angel to The King of Fighters XV in Latest Trailer