Sailor Moon and her creator teamed up with Japan's Ministry of Health, Labour and Welfare to help promote prevention among women between their teens and 30s who grew up with the character 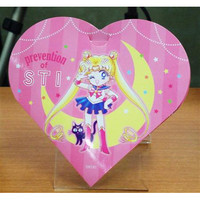 Sailor Moon and her creator, Naoko Takeuchi, have teamed up with Japan's Ministry of Health, Labour and Welfare to help promote prevention and detection of sexually transmitted infections. Aimed at women between their teens and 30s who grew up with the character, the campaign will present information about the spread of diseases such as syphilis, chlamydia and HIV and the admonition that "if you don't get tested, I will punish you!"

The announcement notes an alarming rise in the rate of infection, calling out the fact that there were 827 cases of syphilis in 2011 and less than 1000 since the 90s, but over 3,000 as of October this year. Takeuchi and the Ministry of Health hope that using Sailor Moon to promote awareness will destigmatize the subject and encourage young women to pay more attention to prevent the spread of STIs.

The campaign includes plans to distribute 56,000 condom packs through local government offices along with 5,000 posters and 156,000 flyers. 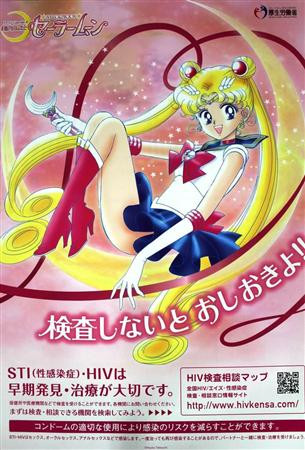 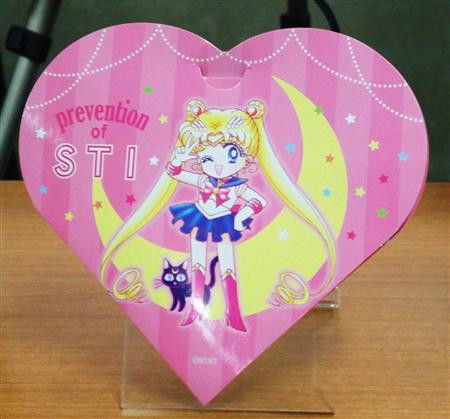 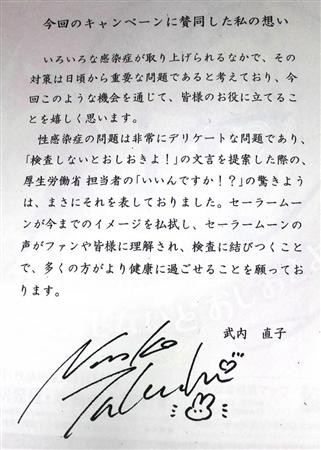