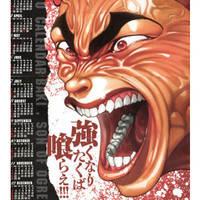 Keisuke Itagaki's 25-year-old martial arts series Baki will be celebrating its anniversary next month with an OAD shipping with volume 14 of the latest run on December 6th. This will be adapting the Prisoners Saga (Saikyou Shikeishu-hen/The Deadliest Condemned Criminals arc) in the manga's second installment Baki (1995-2005) rather than the ongoing fourth installment Baki-Dou (2014-).

But, that's not all. An early look an announcement has revealed plans to bring the story to a new TV anime.

This saga was from the beginning of the second installment, featuring five condemned criminals who escape from the prison and gather in Tokyo to fight against the fighters of the underground martial arts tournament including its champion Baki. 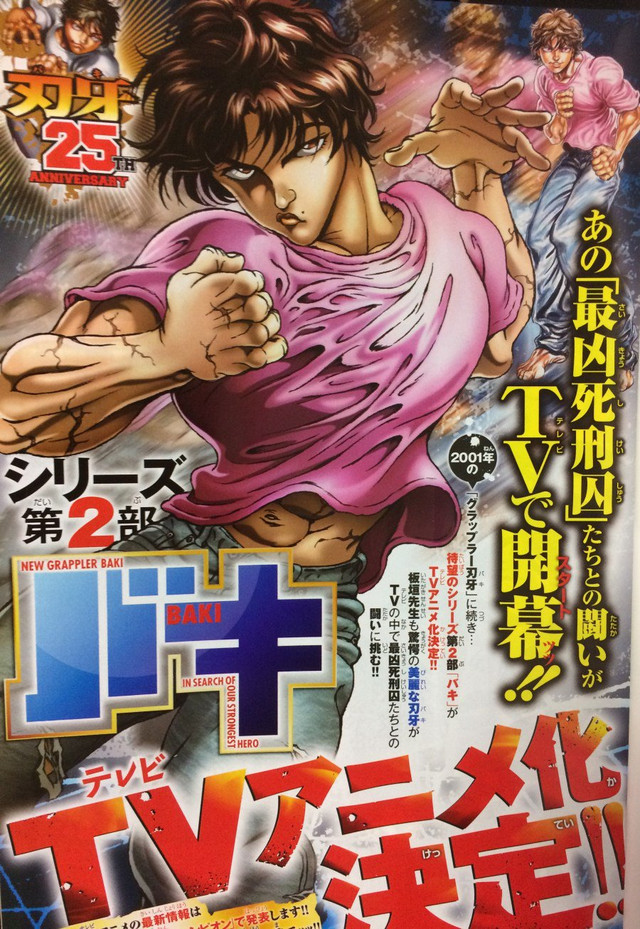 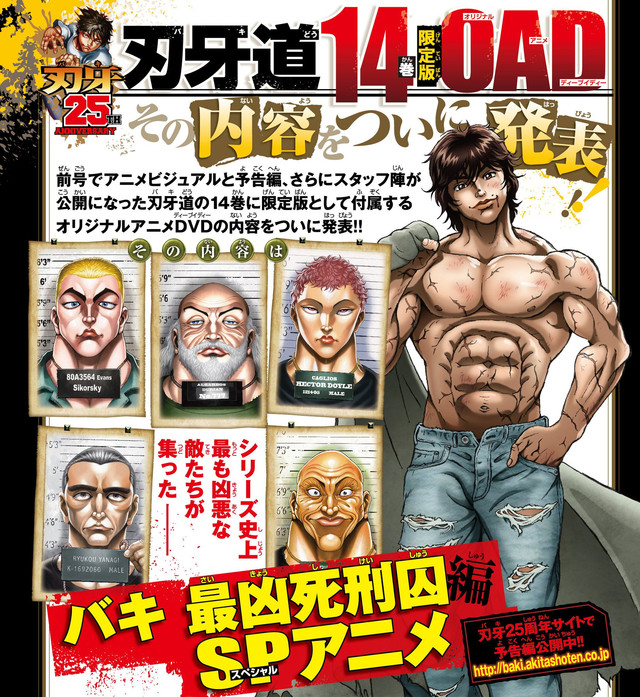