Stop me if you've heard this one before, but "author of popular manga series put it on hiatus due to health problems." 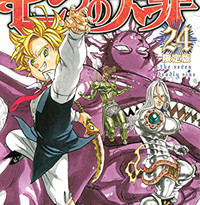 Stop me if you've heard this one before, but "author of popular manga series put it on hiatus due to health problems." Seriously, that work isn't good for your health. This time, its Seven Deadly Sins author Nakaba Suzuki. 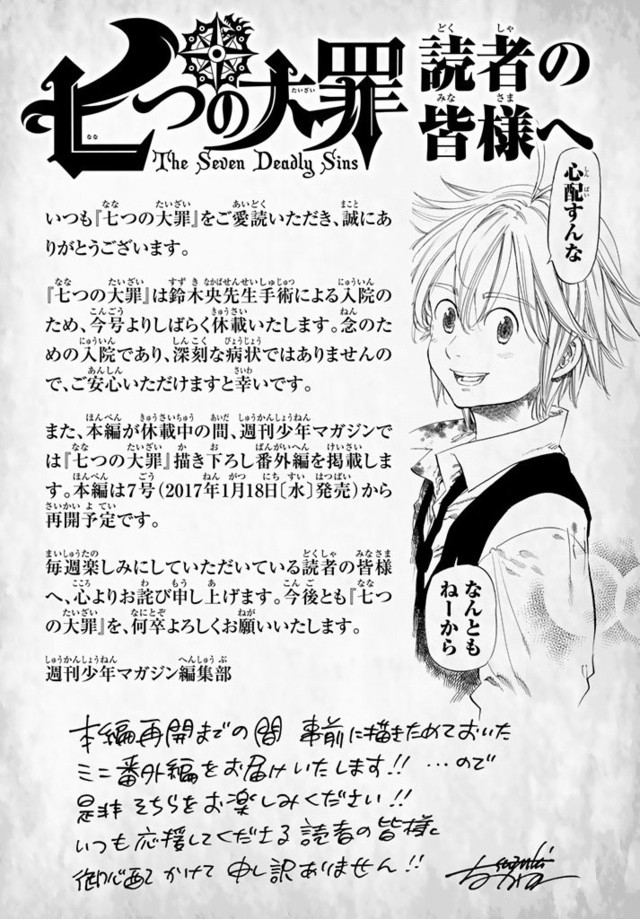 Message to Nanatsu no Taizai readers

Also, despite the main series being on hiatus for a while, the special side stories will continue being published. The main series serialization is schedule to be resumed in Issue 7 of 2017 (It will be available on January 18, 2017) (Wednesday)

Also below is a handwritten message from Nakaba that says the following:

I’m sorry to have to pause, but I plan to resume editing as soon as the medical allows. But we’ll be also keeping in touch at the mini series! Thank you so much for continuing to read and we’ll see each other very soon!