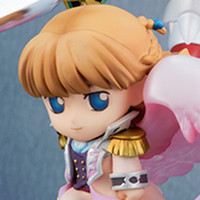 Back in 1996, this moment from the second Gundam Wing opening 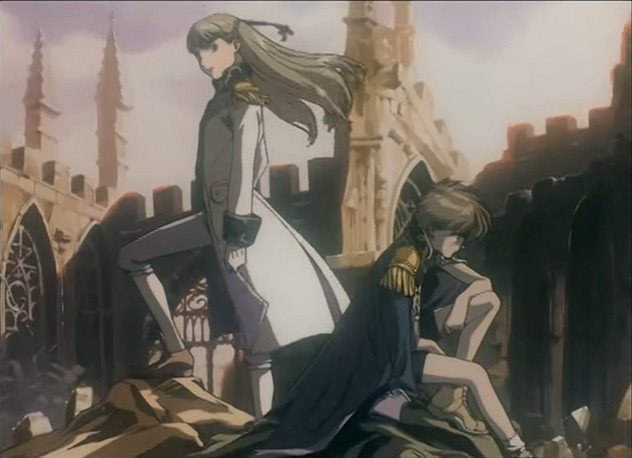 was reimagined into this Carddass card for SD Gundam Gaiden. 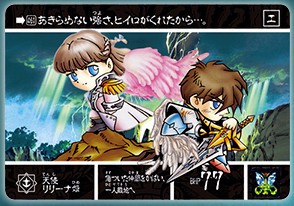 And now, that card is being brought to life in a new SD Gundam Gaiden Matsuri figure, featuring Relena as an angel and Heero Yuy as her winged avenging knight. 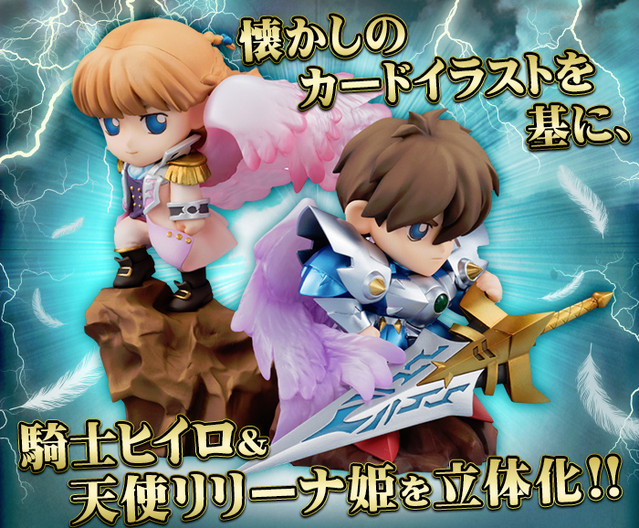 Produced by MegaHouse, this two-figure set has been designed to match the original card illustration as closely as possible. Both Relena and Heero sport translucent wings with gradated color. The tallest point of the set (the top of Relena's head) is 100mm high. The two figures can be displayed separately or as a pair, and Heero's Buster Sword is removable.

All together, the set costs 8,748 yen, and is currently available for preorder from Bandai (limit 3 per household). The figures will ship out in June of 2017.