The Undead Hunt Is on in the New "Kabaneri" Compilation Trailer 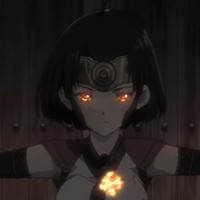 The kabane are out are heels -- and fortunately, the Kabaneri are right behind them. The first Kabaneri of the Iron Fortress compilation film, Tsudou Hikari, premieres in Japanese theaters at the end of the month, and Noitamina has just launched another trailer for the upcoming release:

The trailer makes mention of the advance premium screening at Shinjuku Piccadilly on December 22, which will be attended by the bulk of the main voice cast. We also get our first listen to "ninelie <cry-v>," the new cover of the series ending theme being performed especially for the film.

Tsudou Hikari premieres on December 31, with the second half, Moeru Inochi, premiering a week later on January 7.