The Fate/Grand Order hype was international this week 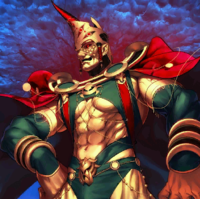 The Fate/Grand Order hype was international this week. Even before Japan was gearing up for the smart phone game's climactic chaper seven and the New Year's anime special, tech/financial news outlet Bloomberg was calling F/GO Sony's rival to Pokemon.

The game is introduced:

The game, based on an anime TV series called Fate, allows players to travel back in time and team up with historical figures like Julius Caesar, Leonardo da Vinci and Joan of Arc to rescue humanity from looming disaster. While the basic version is free to play, people can pay for tokens that make it easier to add characters and speed up gameplay.

Fate/Grand Order has been at or near the top of Japan's app revenue rankings all year and has been downloaded more than 7 million times since its July 2015 debut. It has made more money than Pokemon Go among Android users 104 out of 133 days this year, and 51 days on iOS devices, in the same period, according to researcher App Annie.

"In terms of the amount of money people are spending, it's up there above Pokemon Go," said Damian Thong, an analyst at Macquarie Group Ltd. in Tokyo. "The intensity and engagement level for Fate/Grand Order is a lot higher."

They even get into the gacha ecomony

Like many Japanese mobile games, Fate/Grand Order makes money through the "gacha" gameplay technique, which encourages players to buy virtual items without knowing what they are until after the purchase. In 2012, regulators banned some of the tactics, which they said manipulated people's emotions. Earlier this year, CyberAgent Inc. came under fire for enticing some players to spend thousands of dollars on rare in-game items.