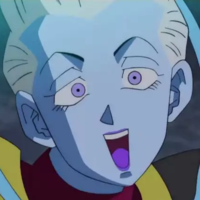 “Toonami and the Dragon Ball franchise have a long and storied history together in the U.S.,” said Jason DeMarco, senior vice president of on-air for Adult Swim. “We are thrilled to be premiering “Dragon Ball Super” to our audience and keeping Dragon Ball on Toonami!”

As part of the English dub production and in advance of the broadcast television premiere, a new DragonBallSuperOfficial.com website has been launched that serves as a hub for all things Dragon Ball.

“We are excited to welcome back our many friends and talented newcomers in making ‘Dragon Ball Super’ as special as it can be for fans across the U.S.” said Masayuki Endo, President of Toei Animation Inc. “Funimation has been a fantastic partner in shaping the series for English audiences.”

- can look forward to the same great dub experience with ‘Dragon Ball Super’ that they have been enjoying for the past 18 years.”

More DBZ Kai will also be presented on Toonami