Get A Listen To A Fiendish Musical Teaser 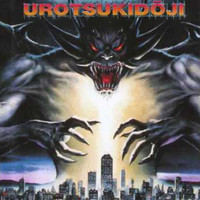 There's a lot going on with Toshio Maeda's legendary naughty tentacle series Urotsukidoji: Legend of the Overfiend. For one thing, Fakku is preparing to release the manga, and they have a release party and exhibit at Portland's Floating World Comics on December 8th.

And, Masamichi Amano's soundtrack for the anime is headed to vinyl! Catch the teaser here...