The Once and Future Saber comes with armor that transforms into a giant sword. 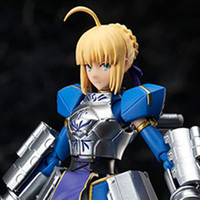 Saber -- the blue one this time -- is armed and ready for battle in more ways than one with Armor Girls Project's new Fate/Grand Order figure.

The new Altria Pendragon figure stands approximately 140mm high and comes with two versions of Excalibur, three different face plates, extra hands, and a crown. But since this is an AGP figure, there's a little something extra. 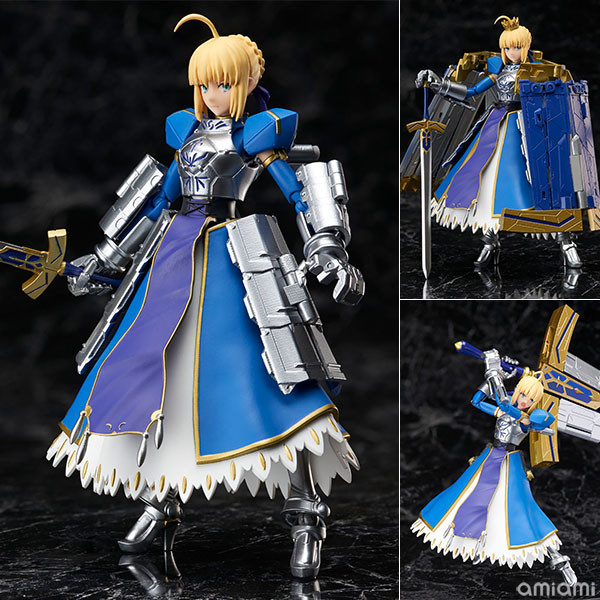 Altria also comes with cape-style armor that can be converted and combined with Excalibur to make an even bigger sword.

Preorders for this figure are now open, with AmiAmi listing her at 10,980 yen, 15% off the list price (limit 3 figures per household). Figures will ship out in April 2017.