Four songs from the film rank in the top 20 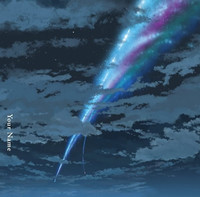 Billboard Japan today announced its yearly charts of 2016 for nine categories. As expected, the most popular song in the "Hot Animation" category is four-member rock band RADWIMPS' "Zenzenzense" which is featured as the theme song for Makoto Shinkai's mega hit anime film Kimi no Na wa./your name. The song dominates its rankings of radio on-air number, digital download, and mentions on Twitter. In addition, three other songs from the film performed by the band, "Nandemonaiya, " "Sparkle," and "Yume Tourou" also rank in the top 20. Check the top 10 songs below.

3. "Himawari no Yakusoku" Motohiro Hata (Stand By Me Doraemon)