Whether it's technology, colleges, even colleague's children, Hayao Miyazaki has a history of blunt comments 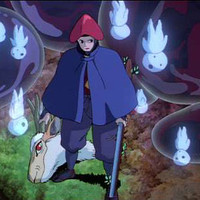 Whether it's technology, colleges, even colleague's children, Hayao Miyazaki has a history of blunt comments. You might remember his famous zingers about iPads and otaku. Last month, he was on Japan's national public broadcasting station's  50-minute special documentary program "Owaranai Hito (NeverEnding Man) Miyazaki Hayao." This focused on the production process of his first CG short "Kemushi no Boro" (Boro the Caterpillar), and you might remember that it made news concerning plans for a hand-drawn feature. Well, this week, some of its comments concerning AI raised eyebrows.

Hayao Miyazaki doesn't have time for your dehumanizing, virtual bullshit. The greatest thing I've seen in 2016. Via @panoscosmatos pic.twitter.com/XgfexEwSKn

This is the Miyazaki video everyone's tweeting about:https://t.co/kzhijvHsBf
And the full context for his quote makes sense for his beliefs