February releases determined, including a trio of new licenses 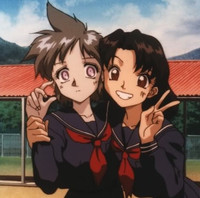 Discotek Media hopped on Facebook to let everyone know that they picked a handful of releases for February 2017, including a trio of new licenses. Among the February titles are releases of Key the Metal Idol on DVD, Izumo: Flash of a Brave Sword on DVD, and Actually, I Am… on Blu-ray and DVD.

Other February release plans include:

More details, including box art for all of the February titles, will be revealed later.