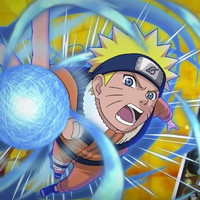 Those features allow players to utilize stamps of set phrases, and they can also lay down markers on maps to issue commands and communicate a course of action.

Those who log in now will receive Naruto, and there's a chance to earn up to 22 ninja pearls by logging in every day. More events are on the way for the holidays, so we'll keep you posted when anything substantial pops up.