RADWIMPS' "your name." Theme Song is The Second Most Watched Japanese MV on YouTube in 2016 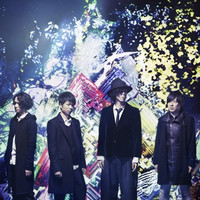 Google Japan yesterday announced the top 100 list of the most watched Japanese music videos uploaded on YouTube in 2016. The most watched anime-related MV was "Zenzenzense (movie version)," the theme song for Makoto Shinkai's mega hit anime film Kimi no Na wa./your name. performed by four-member rock band RADWIMPS. The clip has been viewed 84,563,248 times as of this writing, while the most popular clip, Pikotaro's "PPAP (Pen-Pineapple-Apple-Pen)" has been played 101,838,134 times

(some videos are region-locked in some countries)

Other notable anime/manga-related videos in the top 100: