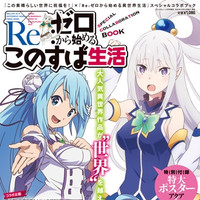 Kadokawa has announced that "Re: ZERO Kara Hajimeru Kono Suba Seikatsu," a special collaboration book between its two popular franchises, KONOSUBA -God's blessing on this wonderful world! and Re:ZERO -Starting Life in Another World- in Japan on December 31. The publisher today revealed the book's cover illustration featuring both series' main heroines, Aqua and Emilia, who change each other's costumes.

The 1,080 yen book comes with a poster of the cover illustration of the two girls, and also includes: 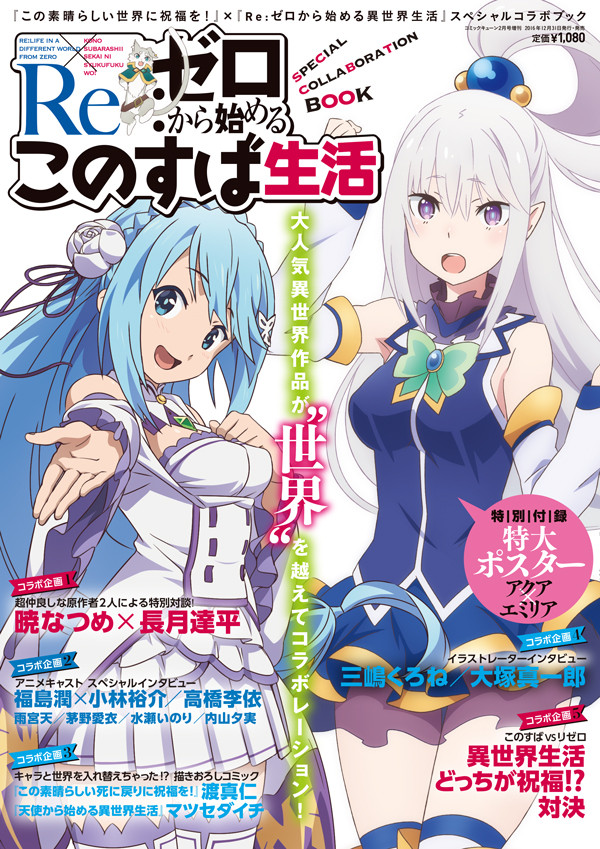 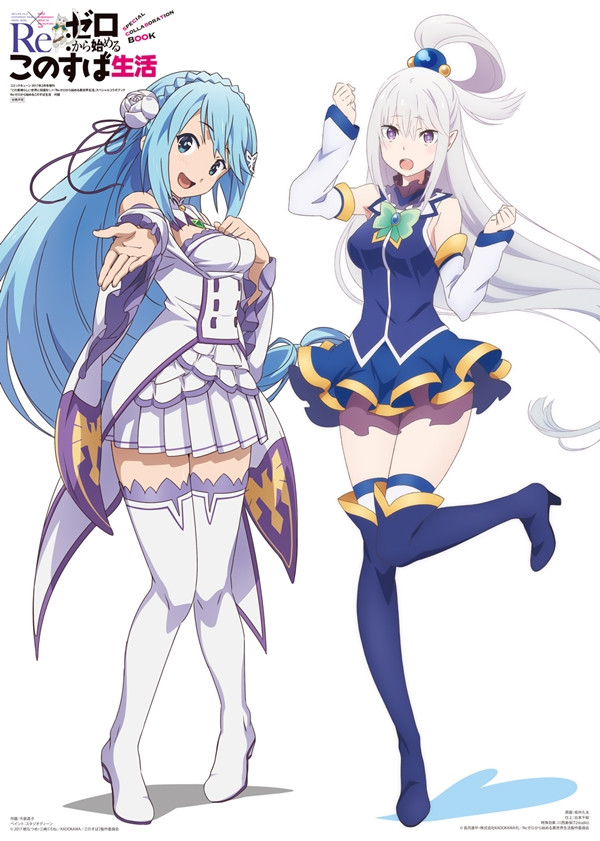