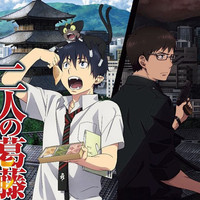 An earlier look at the February issue of Jump Sq, out in Japan on December 31st, has shown that the new Kyoto Arc Blue Exorcist TV anime, debuting January 6th, will be released on Japanese home video starting March 8th. Then, volume 19 of the Kazue Kato manga (18 is likewise being released on 12.31) will be bundled with an anime DVD. 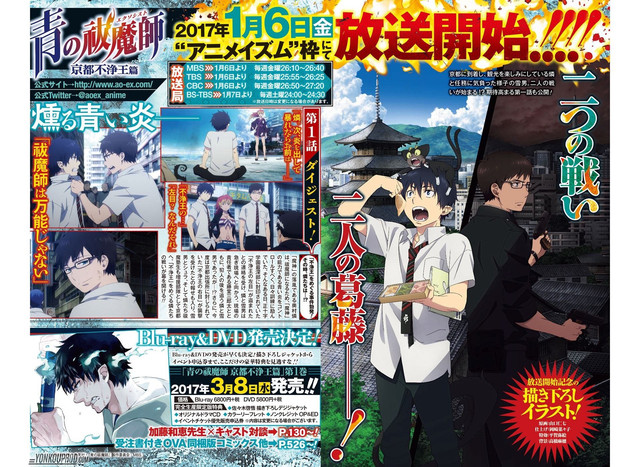 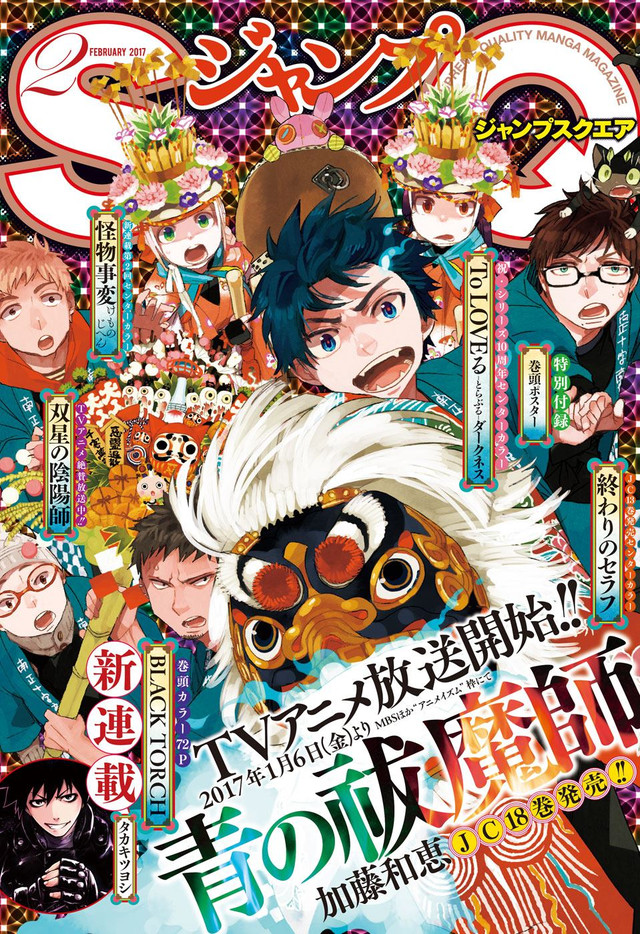 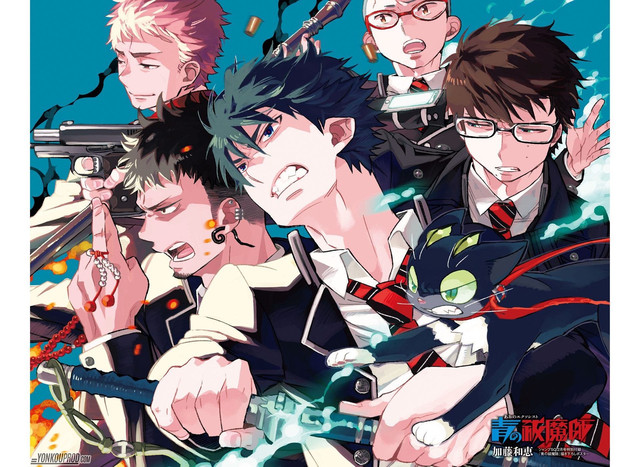