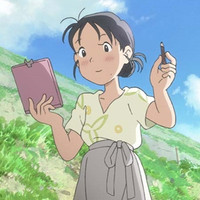 According to the latest box office report, the anime film adaptation of Fumiyo Kouno's award-winning manga Kono Sekai no Katasumi ni/In This Corner of the World earned 45 million yen from about 30,000 tickets sales in its seventh weekend, still keeping its 10th position in the weekend box office ranking of December 24-25.

The World War II drama has ranked in the top 10 for seven consecutive weeks since its release on November 12 starting with 68 theaters. So far its total domestic cume has grown to more than 800 million yen on 600,000 admissions, and a total of 200 theaters are scheduled to screen it in the coming month.

With the growing success on the box office, the director Sunao Katabuchi (Black Lagoon, Mai Mai Miracle) has sent a hand-writing message to the media: "In addition to the completion and release of

Kono Sekai no Katasumi ni, 2016 has become a year that provided me many encounters and chances.

I appreciate your continued support."

Suzu, was released at 240 yen yesterday. 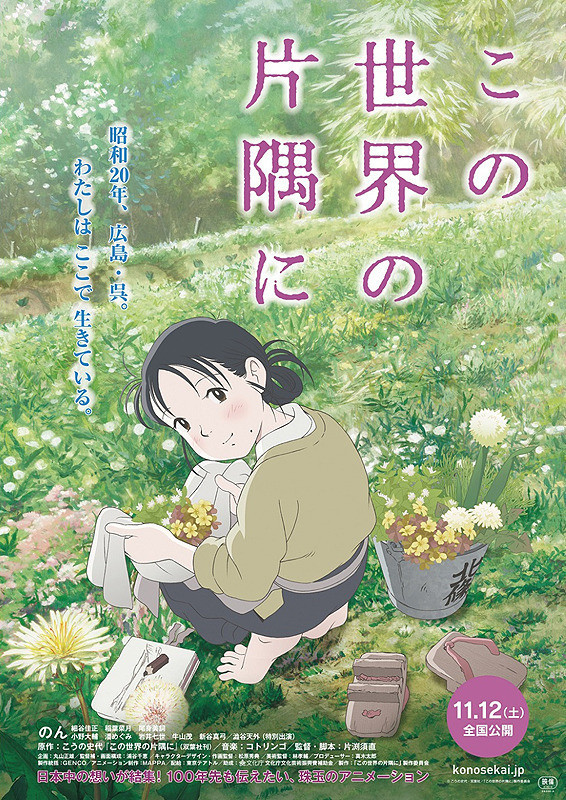