"Tabemasu Doraemon" Snacks Are Almost Too Cute to Eat 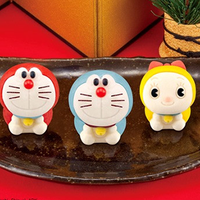 No matter what you're in need of, Doraemon can probably find it in his dimensional pocket. And if you're in need of adorable sweets, he's got you covered there, too. Say hello to Tabemasu Doraemon, your new edible robot friend. 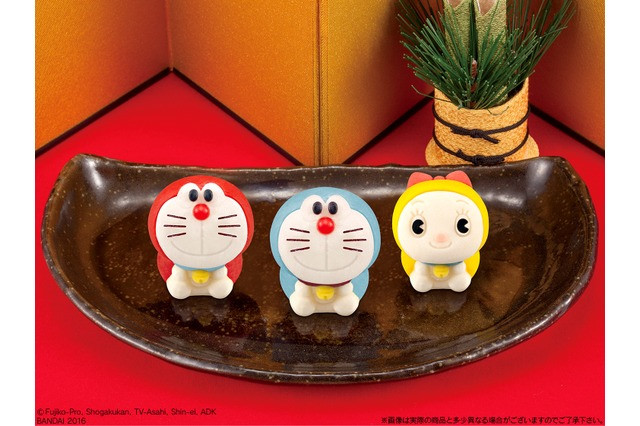 These little snacks are made in the style of traditional wagashi, using primarily mochi and three different flavors of bean paste -- custard for the "regular" Doraemon, milk for the red Mini-Dora, and melon for Dorami. Each is sculpted to look just like their characters, down to the bells, Doraemon's pocket, and Dorami's tail. 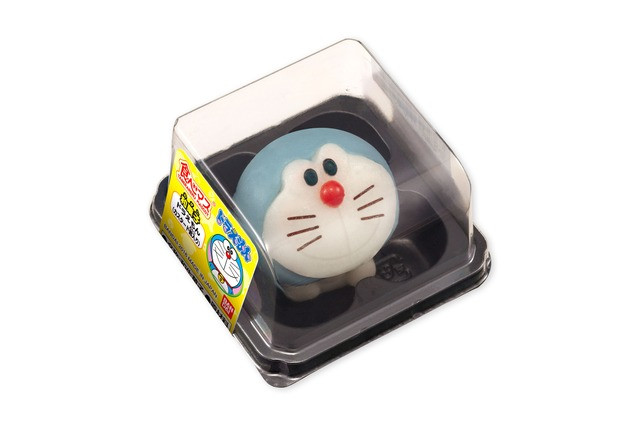 Each Tabemasu (short for tabe mascot, or "edible mascot," and a pun on the Japanese word for "to eat") is approximately 40 mm high and costs 260 yen ($2.21). They'll be sold nationwide in various confectionary stores and departments.

The Tabemasu line has collaborated with several other brands in the past, producing sweet treats shaped like Mickey and Minnie Mouse and characters from Yokai Watch.