Meet the girls of the upcoming anime series. 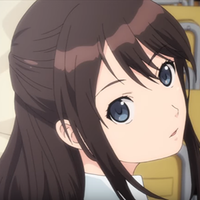 The Seiren hype has been real lately, with new cast members added on a regular basis and news bites dropped every time you look. Now the creators of Amagami SS are making good on their new series, with some actual footage leading into next month's release:

The first character PV focuses on Tsuneki Hikari, voiced by Ayane Sakura (La Pucelle in Magical Girl Raising Project and a whole fleet of character in KanColle). Tsuneki is one of the heroines encountered by protagonist Shoichi as he finds himself fretting about his future during his sophomore year of high school.

The PV also advertises a character single to be released on January 25, featuring series ending theme "Shunkan Happening" and extra song "Akane-iro ni Kakushite," the former of which is played in the PV itself. Both are performed by Ayane Sakura.

Seiren premieres a week from today.