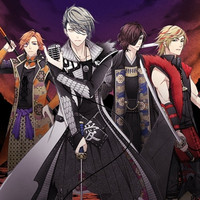 In the Japanese history, "Sengoku Jidai" usually refers to the period between 1467 (Onin War) and 1590 (Siege of Odawara), before the establishment of the Tokugawa Shogunate in 1603. The names of the four members are all inspired by famous daimyo ((local lords) or samurai in the period: