Mario's iOS debut has pulled in around $30 million so far 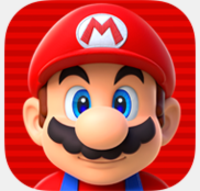 Plenty of people downloaded Super Mario Run over the holidays, and by "plenty" we mean "around 90 million," according to analytics group Newzoo. That's a huge number, and it would be even bigger for Nintendo and Apple if every single one of them ponied up ten bucks to play it all. With the mobile market being what it is, however, only 3 million ended up paying to unlock the full experience.

These aren't exactly strange circumstances for an iOS game, but it's interesting to note the small percentage of players willing to pay the cover price. At ten dollars a pop, 3 million buyers adds up to roughly $30 million in revenue, but Nintendo doesn't get to keep all of that for itself.

Whether or not Nintendo will deem this a runaway success remains to be seen, but it certainly seems as if it's checking off their goal of introducing new players to one of their flagship franchises.

Did you download AND pay for Super Mario Run, or did you just try the sample portion and leave it at that?