Creator points to classic anime as source of inspiration for his latest research. 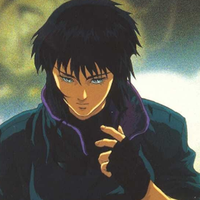 Once again, anime is predicting the future -- or, rather, anime is inspiring scientists.

Over on Tokyo Otaku Mode, Sean Cardeno shared some pretty impressive video of his friend's husband the robotics engineer (whom he apparently didn't know was a robotics engineer) doing a quick demonstration of synthetic soft-body robotics. That is, a type of robotic structure and movement that looks, moves, and feels like an organic creature.

The wiggly little robot, made via 3D printing and controlled with what looks like a game controller, is operated by Takuya Umedachi, who works as a robotics researcher at the University of Tokyo. The video includes an interview where Umedachi discusses his work, potential applications for the technology, and inspiration. Unsurprisingly, Ghost in the Shell is one of the things that inspired his work in soft-body robotics.

While Umedachi isn't feeling quite up to making realistic human faces just yet, he senses that they are to come, and foresees his work having a variety of applications.

Tags
ghost in the shell, science
« Previous Post
Get A New Sneak Peak At "Yu-Gi-Oh! The Dark Side of Dimensions" English Dub
Next Post »
Kids and Grown-Ups Love It: "Pop in Q" Receives 95% Kid/Parent Approval Rating
Other Top News
7 Comments
Sort by: