"Osomatsu-san" Matsuno Brothers Celebrate Your Birthday with Pop Up Cards

Eight-type greeting card will be available in late March 2017 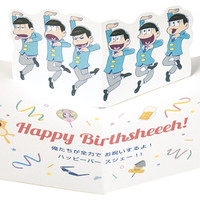 Gakken Holdings' group company Gakken Sta:Ful will release eight-type pop up birthday cards featuring the six Matsuno brothers from the Osomatsu-san/Mr.Osomatsu in Japan in late March of 2017. They are the first official greeting card items from the franchise. Six of them feature each brother's illustration and message, and other two have all of the six. The price for all items is 367 yen (about 3.20 US dollars). 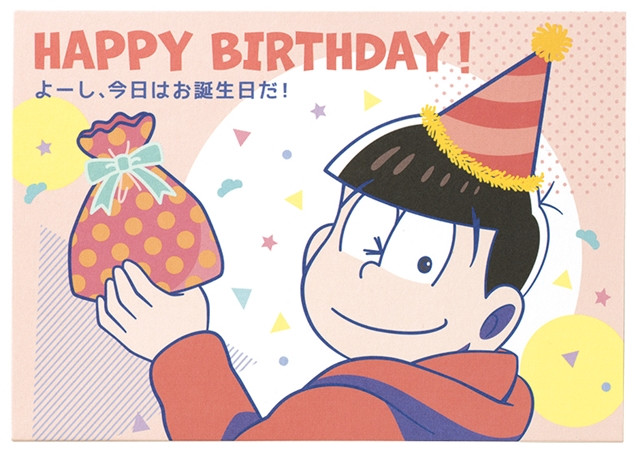 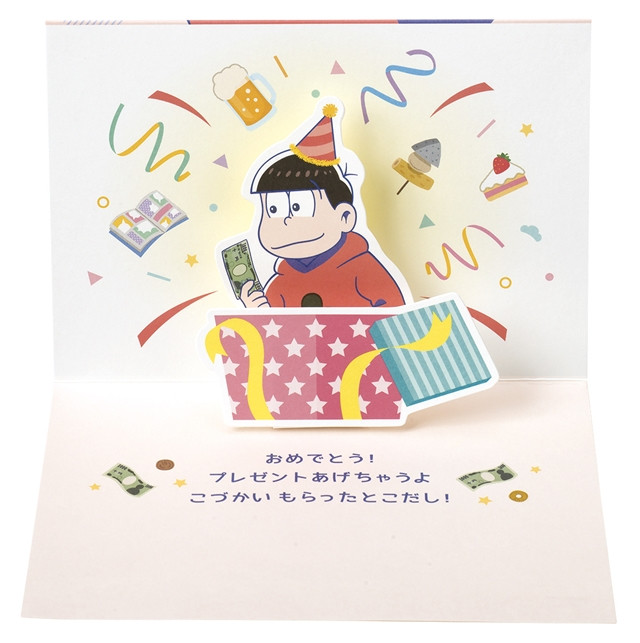 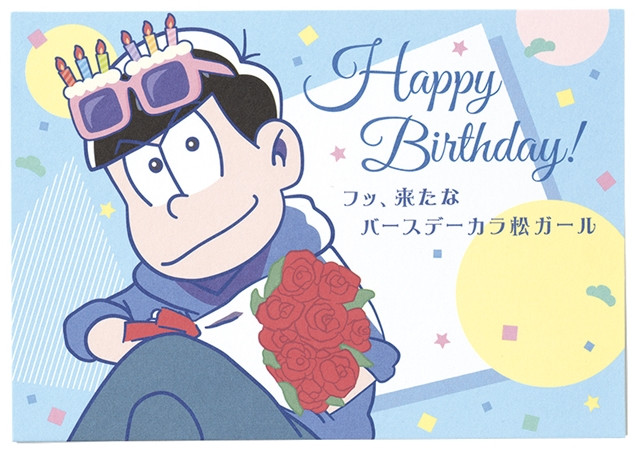 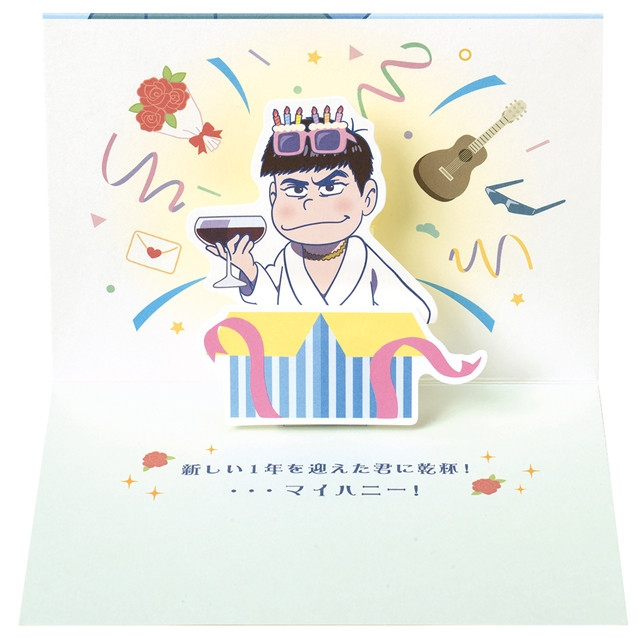 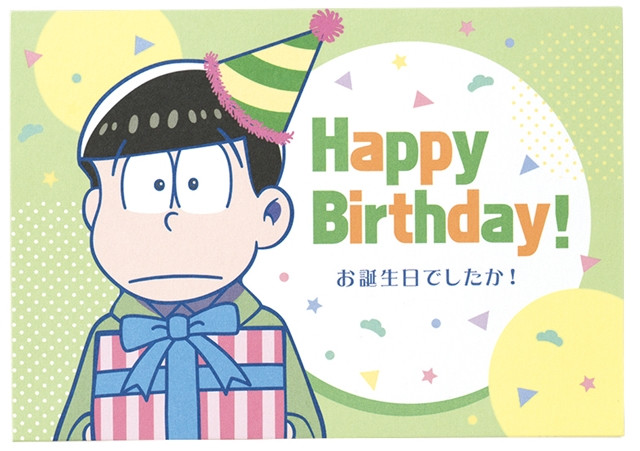 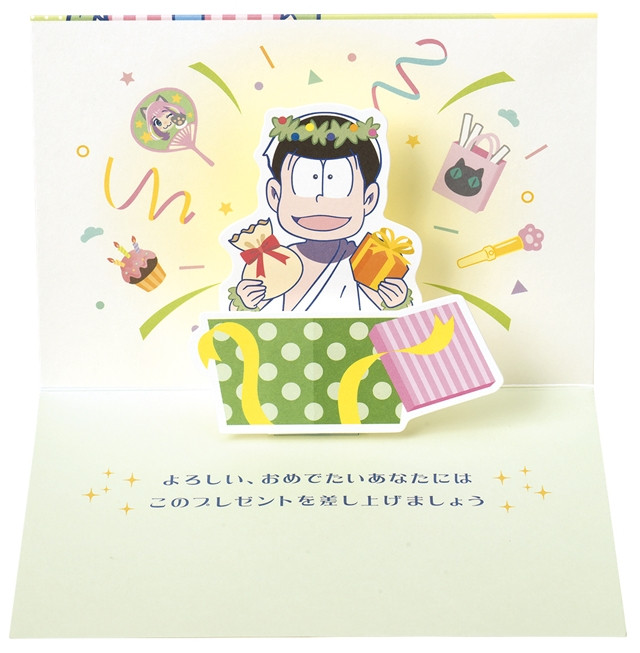 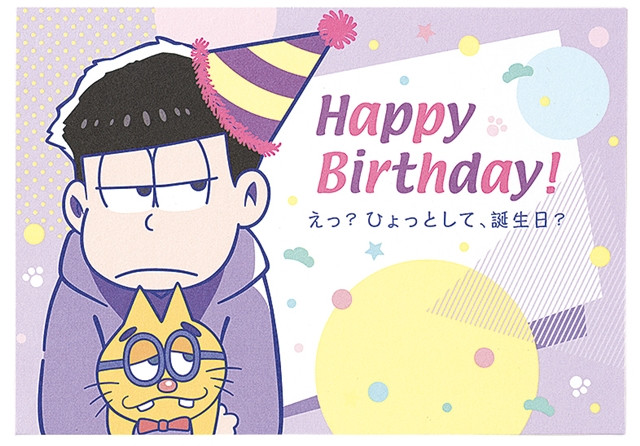 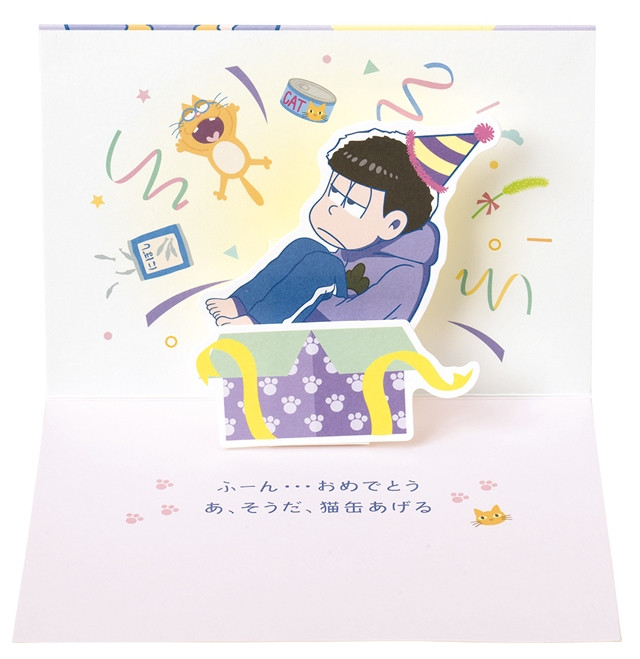 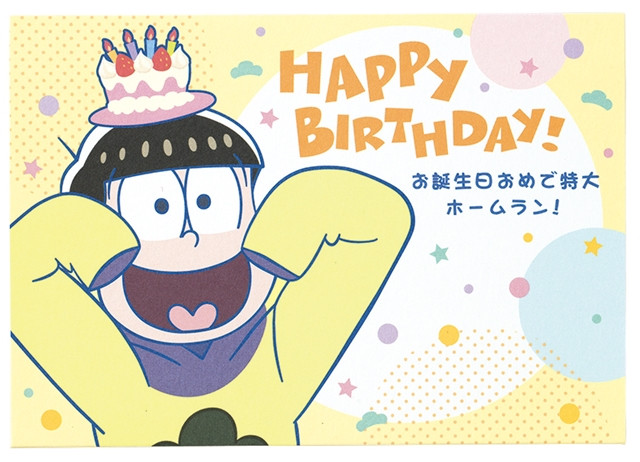 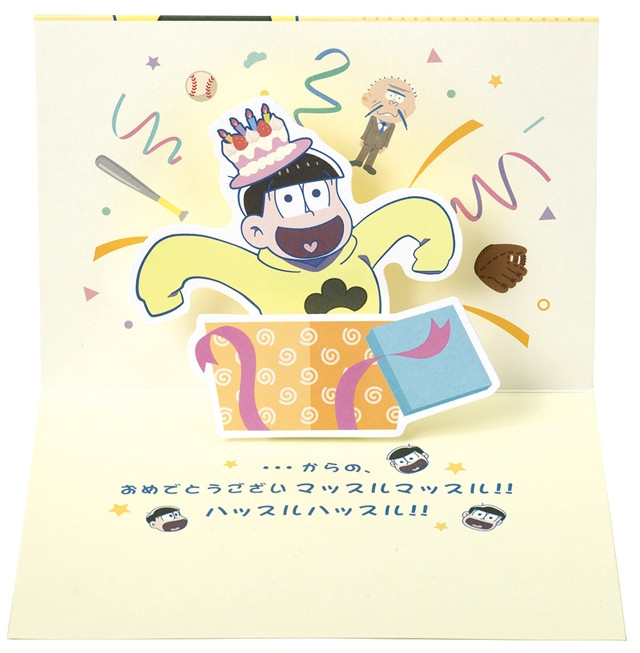 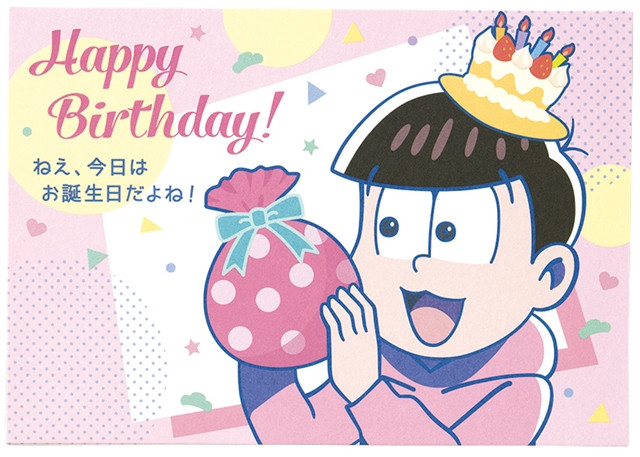 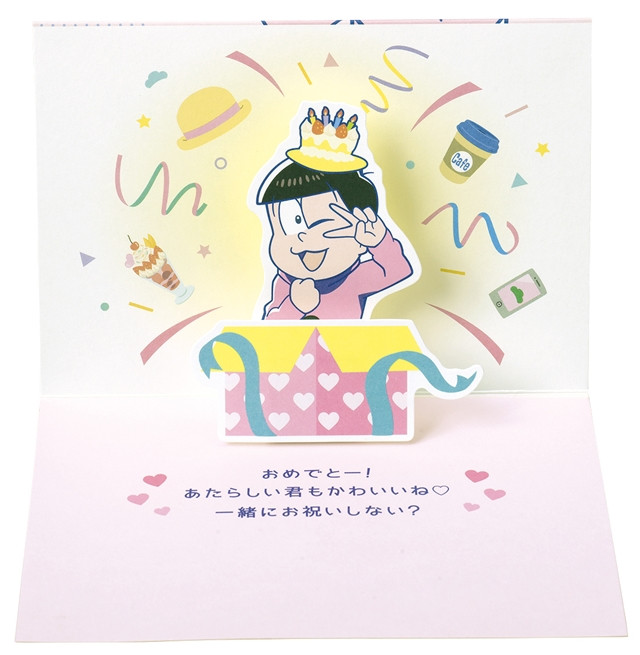 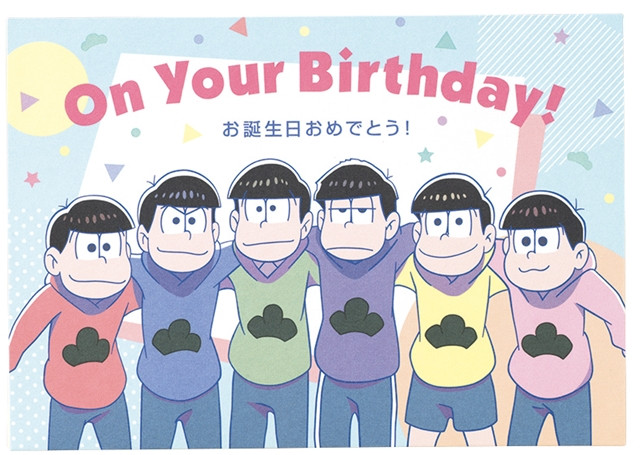 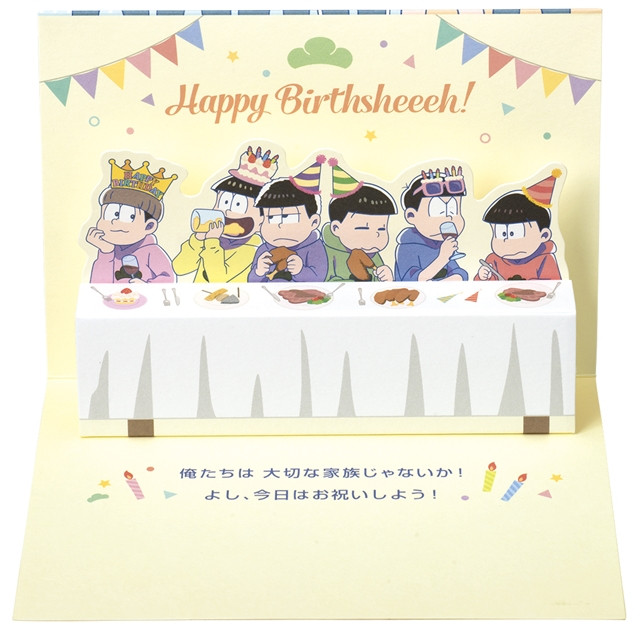 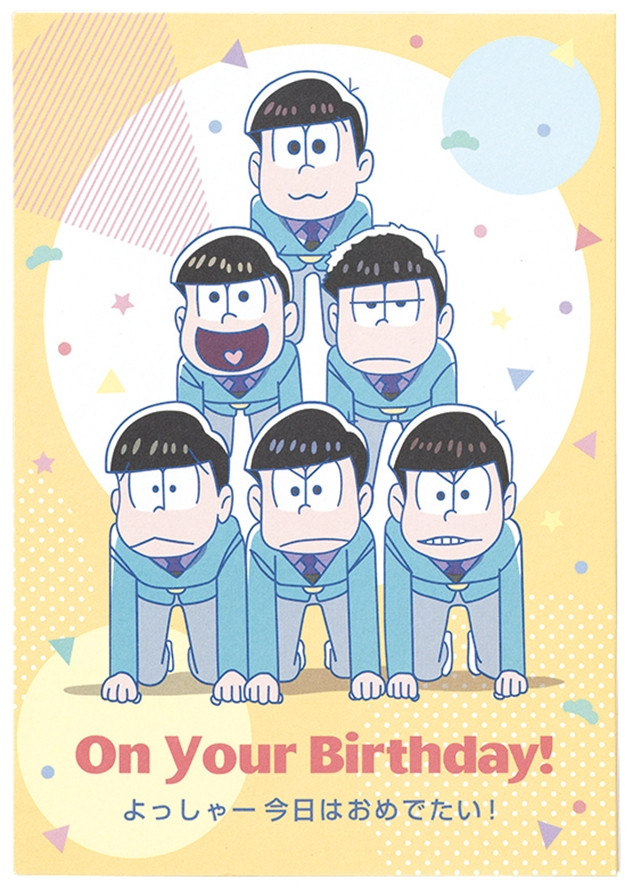 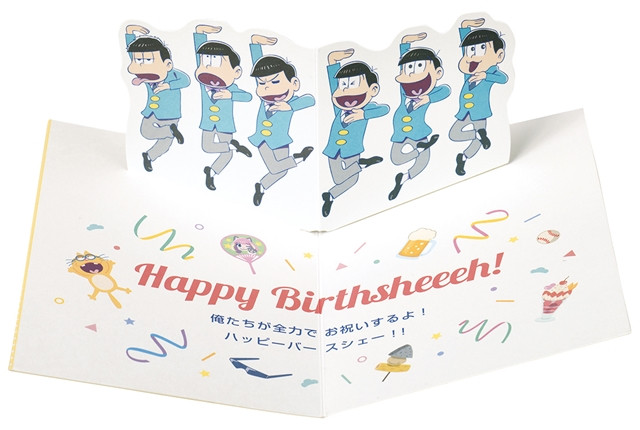