This week, Viz is celebrating the fifth anniversary of their digital Shonen Jump magazine 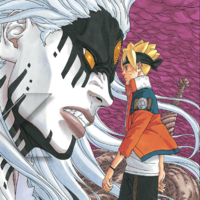 This week, Viz is celebrating the fifth anniversary of their digital Shonen Jump magazine with a subscription sale and news about sampling the periodical's six new series. The issue feature features a new chapter of Boruto and a translation of an interview between Team Jump and manga author Masashi Kishimoto from the recent Jump Festa event. In it, Kishimoto discusses what he did after Naruto wrapped, how he differentiates the characters of Naruto and Boruto, whether he feels the pressure to create another hit and more.

The full interview is available from Vizmanga.com or Comixology

For TODAY ONLY! A year's worth of SJ for 9.99 only! Subscribe today at https://t.co/CE6txJ5i2s! pic.twitter.com/AneNxFIgGz