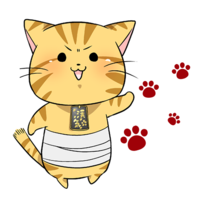 Publisher Hakusensha and toy-maker Takara Tomy are teaming up for an unusual cross-media project with a Fruits Basket style twist entitled Neko Danshi: Nyankee High School, which imagines a world where tough delinquents duke it out for the title of #1 fighter and the losers transform into adorable kitties upon being KO'd.

Neko Danshi: Nyankee High School includes a LINE app that allows users to interact with their favorite cat-boy characters as well as a manga illustrated by Yuki Shibamiya that will be serialized in Hakusensha's Hana to Yume shōjo manga magazine beginning with a one-shot chapter published in the 5th issue of the year, which is released on February 03, 2017. The series will begin regular serialization with the year's 10th issue, which will be published on April 20, 2017. 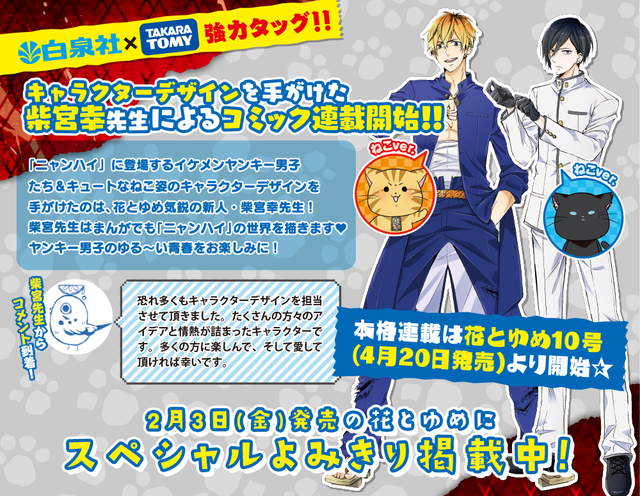 Set in Neko City, Neko Danshi: Nyankee High School envisions a world in which the toughest delinquents from Matatabi High School and Karikari Academy square off in an annual "Fight Fest" to determine which school is the strongest, with the losers of each match suffering the embarrassment of being transformed into cute little cats.