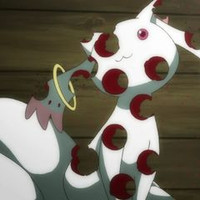 Have you ever been unsure of what someone meant when they referred to anime as deconstructing a genre? Ever wonder if the person really understood "deconstruction" to begin with? Well, prepare to be enlighted. Crunchyroll has a regular Anime Academy video series and in the latest episode, Victoria Holden (@SailorBee) covers Deconstruction in Japanese anime, which includes shows like Re:Zero and Puella Magi Madoka Magica.

Some other entries in the series...