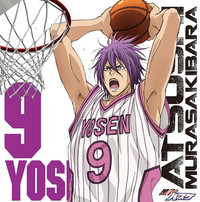 Ahead of the anime feature, Kuroko's Basketball: Last Game, manga author Tadatoshi Fujimaki, who also serves as the supervisor for the anime film, picked eight NBA teams for the collaboration project from all 30 teams in the league. Character illustrations wearing the eight NBA uniforms were then drawn by the anime character designer Yoko Kikuchi. It takes a little explanation to understand why Atsushi Murasakibara is wearing a Phoenix Suns jersey.

Murasakibara's Yōsen High is the elite school from Akita Prefecture. Akita is also the location of Noshiro Technical High School, and that is the high school attended by Yuta Tabuse, "the Michael Jordan of Japan."  In 2003, Tabuse was the first Japanese national to play in the NBA summer league. Then, in 2004, Tabuse made the opening night roster for the Suns, and became the first Japanese athlete to play in a NBA regular season game.

The collaboration items are scheduled to be sold at the Seibu Ikebukuro Flagship store in Tokyo and other selected stores. Details will follow soon. The film based is set to be released in Japan on March 18, 2017. 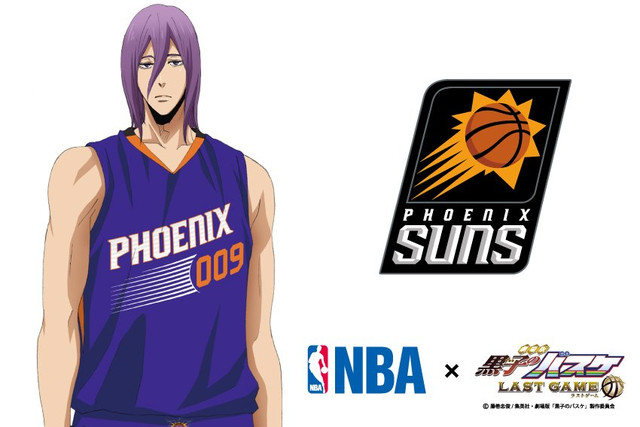 Tags
kuroko's basketball
« Previous Post
"Re:ZERO" Rem's Birthday Store Event in Shibuya Has Attracted Over 5,000 Visitors
Next Post »
Shop Wonders Which "Konosuba" Girl Will Be Your Valentine
Other Top News
0 Comments
Be the first to comment!
Sort by: