"Madoka Magica" smartphone RPG to be released this year. 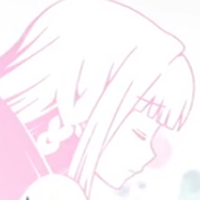 Shaft is finally unveiling a closer look at the new characters of Magia Record, a Madoka Magica side story RPG in which the players guide a new team of magical girls in a brand new adventure to save a lost comrade.

The new heroine of Magia Record is Iroha, a magical girl on the hunt for her missing sister Ui in Kamihama. Also in Kamihama is Madoka, who's searching for the similarly-missing Homura.

The new PV gives us a look at Iroha's transformation, several other magical girls, and a variety of in-game screens and animations, including dialogue and battle modes.

No updates have been made to the official site concerning the names of the new characters.