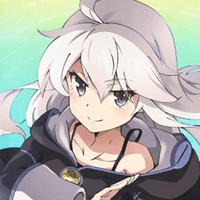 Witches and magic are prevalent in the world.
The story follows a half-man, half-beast mercenary, derogatorily referred to as"fallen beast".
He is hunted by the witches and always dreams of becoming a human, but one day, an encounter with a beautiful witch in the woods changes his fate completely.
"Do you desire to return to a human form? Then mercenary, be my bodyguard."

Japan in the near future suffers an unexplained major disaster. Five years later, reconstruction is well underway.Two young researchers at a university are pinning all their hopes on robot development. Now their new interpretation of the eternal hero Astro Boy up until his birth is just about to start!

Both shows are due to start broadcasting in April in Japan, and it appears that they will be seen in the English-language market, too.