Create Your Own Games With "RPG Maker FES" This Summer

Want to jump into game development? Here's a quick way to get acclimated! 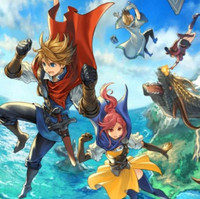 NIS America has announced that it will be bringing RPG Maker FES to 3DS owners in North America this summer by way of both physical and digital copies.

Ready to become a game developer? RPG Maker Fes makes it easy to develop any RPG you can imagine with no need for programming knowhow. Simple, but powerful tools let you bring to life the amazing stories in your head. Customize the characters, stories, combat and more to become the next great developer. Then, share your creations and play others with the free RPG Maker Player. What story will you share?

If you've never used RPG Maker, it's a series of powerful tools that can very easily help you put your very own playable role-playing games together.

There will be a special version up for preorder via the NIS America Store for $49.99 that comes with a copy of the game as well as a 36-page softcover art book, soundtrack, and collector's box.