Next Season Of "Voltron" Reportedly Slated For September 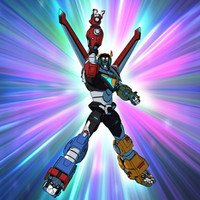 Enthusiast site Den of Geeks has reported that last weekend's New York Toy Fair industry expo featured promotions proclaiming that season three of Voltron: Legendary Defender will hit Netflix in September 2017. Leading into these 13 episodes, “additional content” from season two will be this April, into the summer. Along with this, ten episodes of Classic Voltron would premiere on Netflix in March with “new content added”.

via Den of Geeks